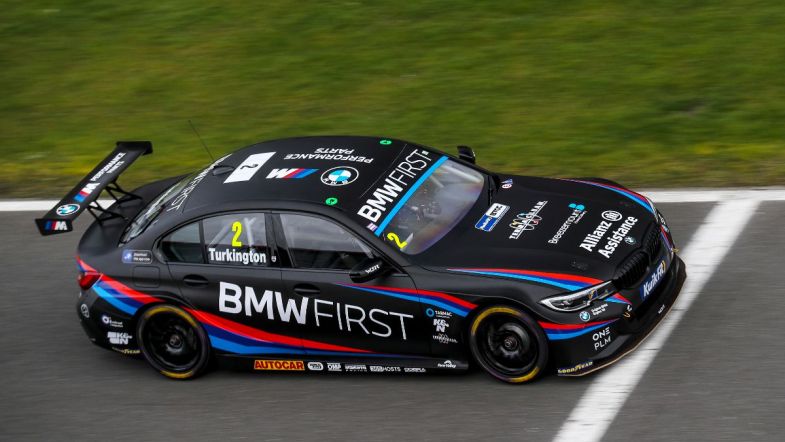 Colin Turkington has predicted that the 2021 BTCC season will be a “box office hit” as the field heads to Thruxton for the opening round of the campaign this weekend.

The West Surrey Racing driver heads into the new season seeking to try and reclaim the title he lost to Ash Sutton last year, with the Northern Irishman seeking to make history as the first ever five-time champion.

Turkington has won four times at Thruxton in the past and has high hopes of a strong weekend to start his title campaign, despite the increased level of competition.

“No matter how many years you’ve been in this series, something in the air changes in the build up to the first race weekend,” he said. “The driver shuffle and car upgrades are feeding the anticipation too, because there are even more unknowns than usual.

“The group tests have revealed how competitive this season is going to be, and I think that adds to the excitement for the fans.

“Every new season is another chance at moving the game on, and improving.  But as team personnel move about the paddock, the standards continue to rise in every team.  This makes finding the margins even more challenging.  I expect the title fight in 2021 to be another box office hit.”

Turkington added that being on the pace from the outset would be key to his chances of success in the opening three races, with getting the most from the hard compound Goodyear tyre also being vital.

“Thruxton is a challenge, but even more so depending on how much success ballast you arrive with,” he said. “Qualifying without that will be a help for us, but we need to roll out sharp and on the money with our setup on Saturday morning.  This will be key.

“The success ballast for a win is back up to 75kgs, so I expect plenty of action throughout the three races.  The lighter cars are more likely to make progress through the pack in race two and thee.

“We only use the hard tyre here, which will simplify things for those watching at home but it can be a tricky tyre to get switched on if it’s cold. We’ll be doing all we can in practice to get the setup right over one lap for Saturday and then over race distance on Sunday.”