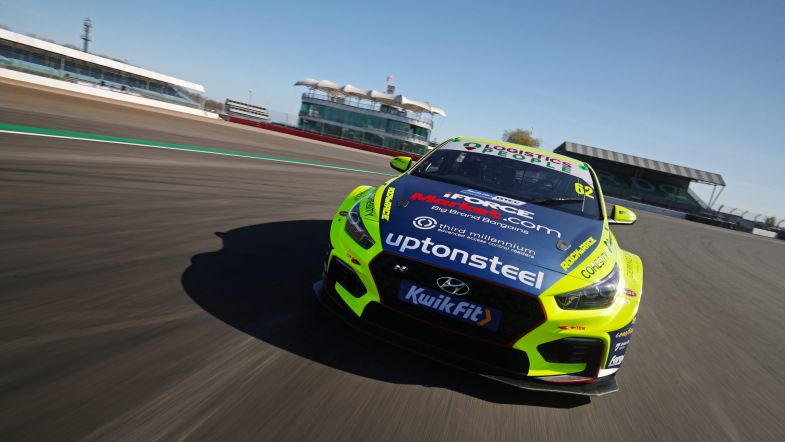 Rick Parfitt insists that the only way is up as he prepares to make his debut in the BTCC this weekend at Thruxton, with the former British GT champion comparing himself to ‘Eddie the Eagle’.

Parfitt switches to touring cars this season for what will be his first year of front-wheel drive competition, and having spent 2020 on the sidelines after undergoing surgery for Crohn’s disease.

Testing thus far has left Parfitt aware of the challenge that lies ahead as he seeks to get up to speed in the series, with his first outing at Thruxton being made all the more difficult by the fact that he will be racing at the high-speed Hampshire circuit for the first time.

“Having been able to spend a few days in the car in pre-season testing, I have a new found respect for BTCC drivers because there is a real knack to driving these cars; you can’t just jump in and be quick,” he said.

“I know that I’m still struggling a bit to get used to front-wheel drive, and I’m thinking about what the car is doing rather than feeling like I am part of it. However, a lot of that is down to seat time as you only gain the confidence you need from time behind the wheel.

“Thruxton is going to be a tough place for me to start because I’ve never driven there before, so I’m taking a massive step into the unknown and have no expectations in terms of results. I’m very much in the learning phase and whilst I’m not used to being at the back of the field, if that is where I am, then then only way for me to go is forwards.”

Parfitt compared himself to ski-jumper Michael Edwards, who secured plenty of headlines when he competed in the 1998 Winter Olympics.