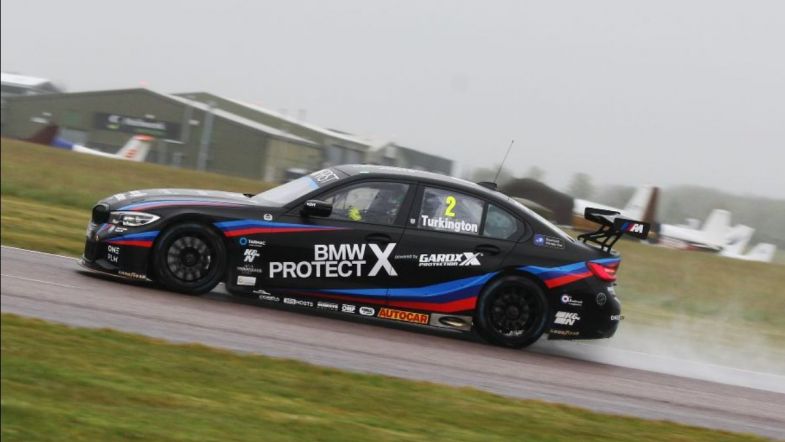 Colin Turkington admitted he was pleased to secure a place on the second row of the grid for the BTCC season opener at Thruxton.

Turkington had been down the time sheets in free practice as WSR focused on preparing for qualifying rather than chasing a quick time, with some time spent on scrubbing in slick tyres in the latter stages of FP2.

That proved to be beneficial when improving track conditions in qualifying provided the chance to bolt on slick tyres late on, with Turkington able to jump up into third on his final lap in the session.

“I saved the best for last!” he said. “It’s obviously been tricky conditions for everybody today. We’ve been throwing a few different things at it, just trying to learn for qualifying.

“As usual, we got faster as the day went on and I think I just got onto slick tyres at the right time, a lap earlier would have been even better, but the grip was just improving with every lap so I’m really happy for both my team and BMW to be starting on the second row.

“We don’t tend to do so well in qualifying at Thruxton as it’s more or a front-wheel-drive track, so this puts us in a great position to score good points tomorrow. When I asked for a bit more from the BMW it delivered and we have a good chance to do well in all three races.”