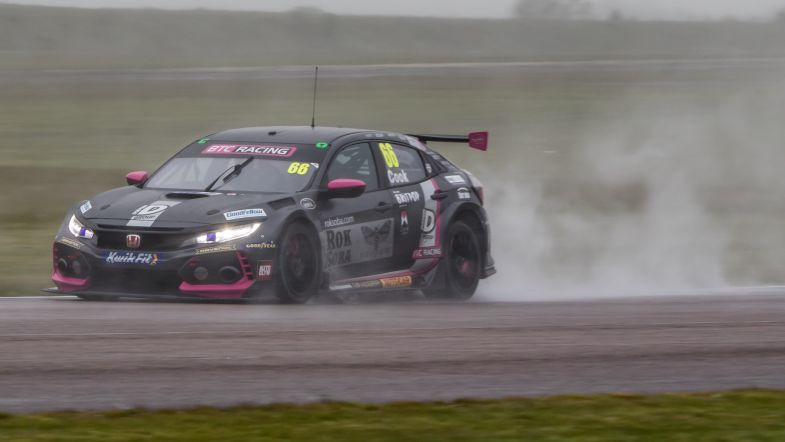 Josh Cook expects to be well in the fight for victory in the opening rounds of the new BTCC season after a strong performance in qualifying at Thruxton.

The BTC Racing driver backed up a solid performance in the two practice sessions – which included going second quickest in FP2 – with a strong run in qualifying.

Mixed conditions at the fastest circuit on the calendar left drivers chasing a quick time late on after switching to slick tyres, and Cook came close to snaring pole with his final lap of the session.

As it was, he fell just 0.053s shy of beating good friend Ash Sutton, and will line up second on the grid but with confidence high for race day.

“You never know what to expect but this has been a happy hunting ground for me in the past,” he said. “That doesn’t mean I’ll go well so we have had to work hard, and its good to have P2 – although I’m a bit gutted to miss out by pole to such as small amount to Ash.

“We’ve had to hang on today and it’s been tough, but it has been the same for us all. It was all about wrestling the car round and the team has gone a great job.

“It’s a long season and a long day tomorrow, so we need to bag points but I think we have a better race car than qualifying car, and we seem to be good on tyres. I don’t know what will happen and I’m not expecting to win just because I have done before, but i’ll take any chances there are.”