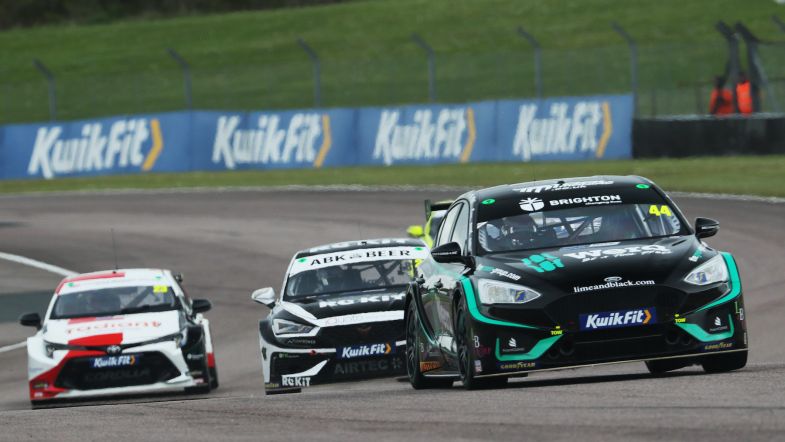 Andy Neate, Tom Ingram and Colin Turkington were all handed penalty points after a dramatic opening weekend of action in the British Touring Car Championship at Thruxton.

Turkington was penalised for tagging Ash Sutton on the opening lap of race one whilst dicing for the lead, with a time penalty dropping him behind his rival on the results for causing a collision.

The WSR driver was also handed three penalty points on his licence as a result.

Neate and Ingram were both penalised for incidents in race two, with the former deemed to have been at fault for the incident at the start that resulted in him going off heavily at turn one with the CUPRA of Glynn Geddie and the Honda of Jade Edwards.

Neate was deemed to have been found guilty of “driving in a manner incompatible with general safety or departing from the standard of a reasonably competent driver” and that there was “no evidence of mechanical failure with the car from the data that was obtained after the race”, according to the stewards report.

He was fined £2000, and handed three points on his competition licence.

Ingram meanwhile was found to have been at fault for a clash with Adam Morgan that saw the Ciceley Motorsport driver run off track on the first lap of the restarted race, with the EXCELR8 driver given a formal reprimand and two penalty points on his licence.