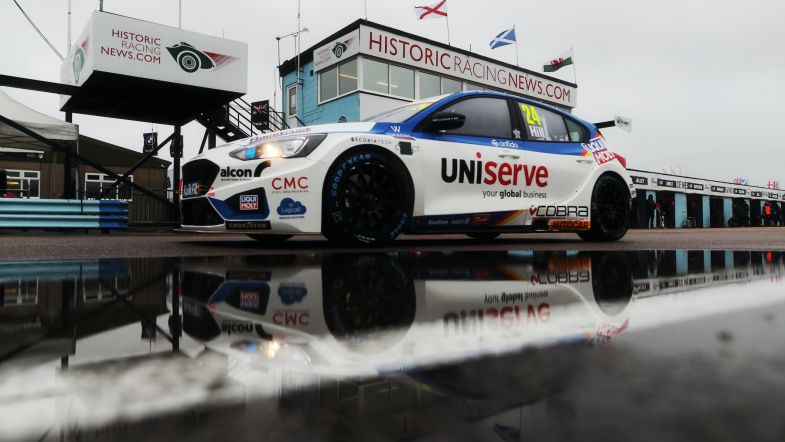 Jake Hill says he hopes to push for the podium in the opening three races of the new BTCC season despite finding himself in the wars somewhat in Saturday’s qualifying session at Thruxton.

On his debut in the new MB Motorsport Ford Focus, Hill was looking to challenge for pole as conditions dried in qualifying and was on his fastest lap of the session when he came across the Vauxhall of Jason Plato heading into the Club chicane.

The delay to Hill’s lap was enough to leave him down in seventh spot on the grid as others improved, although he remains confident for the first three races of the campaign.

“The car was really hooked up in the dry at the end and I felt we could be in the top three,” he said. “I was improving and put some new front tyres on to try and chase the top three and was on the lap when I was behind Plato going into the final chicane.

“For whatever reason he just stopped in front of me and it hindered my lap so it’s frustrating as I know where we could have been, but I can still fight from P7.

“We haven’t done a long run so the races will be a bit of an unknown, but I’d like to think we can be somewhere sensible and can push for the podium.”