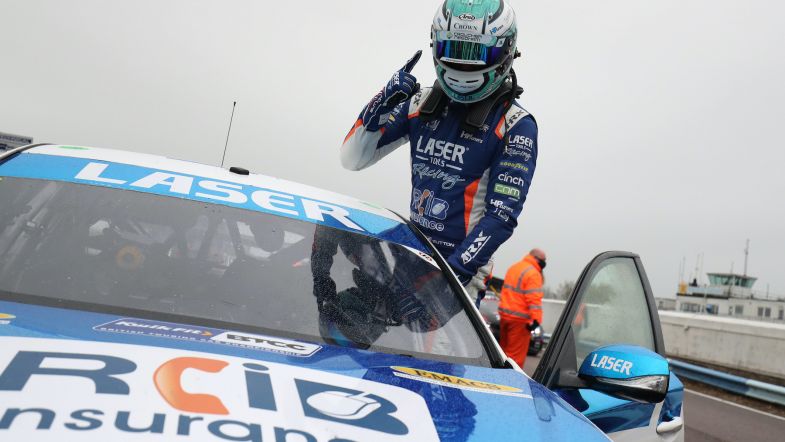 Ash Sutton admitted he was surprised to only sit ten points off the lead in the BTCC standings despite take a first win of the year during the season opener at Thruxton.

Having qualified on pole position, the defending champion found himself in the wars in the opening race of the weekend when he was tipped into a spin by Colin Turkington at the complex and dropped to the rear of the field.

After an early caution period, Sutton was able to charge back through the field to take the flag in tenth spot, but was then promoted into ninth as a result of a penalty for Turkington.

A boost issue in race two once again forced Sutton to the back of the field after he was required to make an unscheduled pitstop behind the safety car, but he once again battled his way back up the order to secure another ninth place finish.

The final race of the weekend would then be run in mixed weather conditions, with Sutton amongst those to go on wet tyres at the start when rain started to fall. Sutton would charge through to lead the race until the circuit started to dry and he slipped back to second spot behind Jake Hill, who came through the field on dry rubber.

As the rain returned late on, Sutton once again reclaimed the lead of the race and duly secured his first victory of the season to end the weekend sitting ten points down on Hill in the standings.

“It’s been a rollercoaster weekend, I and feel like we should have had some more strong results from what is usually an average track,” he said. “We came through well from back twice, and to top it with a win in race three is even better.

“I’ve really worked over winter on keeping a cool head in situations like in race one, and it was a case of keeping my head down and getting on with it, and it was great that I had the chance to come through the field like that.

“In race three, it was all about looking after the tyres as much as we could early on, and I think we did a better job of it than others did so we could attack again when the rain returned towards the end.

“We’re only ten points behind which is surprising as it sounds like we had a shocker. However, I know we’ll have a strong car when we go to Snetterton.”