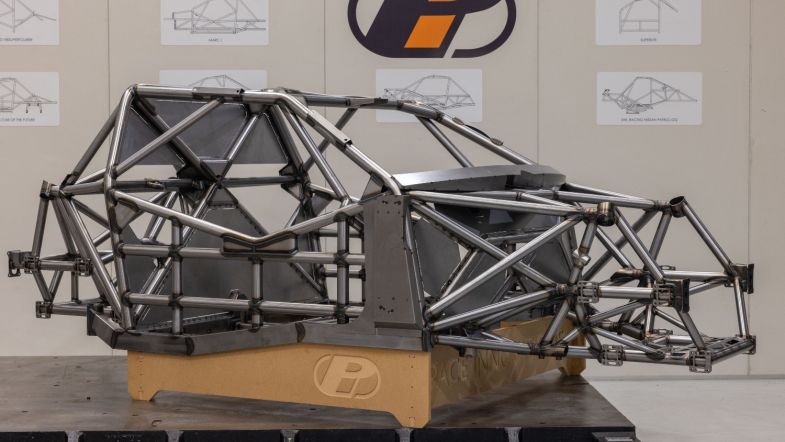 The second new Gen3 prototype chassis created for the Supercars Championship has broken cover ahead of its delivery to Dick Johnson Racing.

The unpainted chassis was revealed in images released by PACE Innovations, which was also responsible for the design, build and assembly of the prototypes for the current ‘Car of the Future’ chassis used across the grid.

With the first prototype chassis having already been delivered to Triple Eight Race Engineering as it continues work on the new Chevrolet Camaro ZL1, the second will go to DJR as it works on the revised version of the Ford Mustang.

“We’re very pleased that the second chassis is now completed and ready to begin the next phase of development with the Ford homologation team,” Supercars CEO Sean Seamer said.

“I’d like to thank the crew who have put in thousands of hours to reach this point, particularly the staff at PACE who have a history of international success.”

Dick Johnson Racing chairman and CEO Ryan Story said he was pleased to continue working with PACE, which is set to supply completed chassis to the bulk of the field for 2022 when the new Gen3 rules come into force.

“PACE Innovations has been the chassis supplier to the Shell V-Power Racing Team since 2012 and together we have won three drivers’ and three teams’ championships since that time,” he said.

“They are an excellent partner with enormous experience and expertise; a perfect fit as we reach this important milestone being the completion of the prototype Gen3 Supercar chassis for the Ford Mustang GT.”