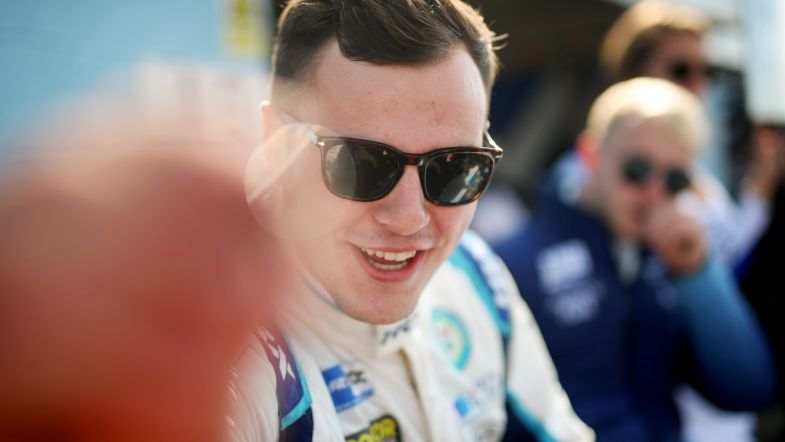 Senna Proctor will make his return to the BTCC grid for the remainder of the season after inking a deal to take the vacant drive with BTC Racing.

Proctor looked set to spend 2021 on the sidelines after his departure from EXCELR8 after a single season, but has now signed up to replace Michael Crees after he split with BTC on the eve of the new season.

Dan Cammish replaced Crees for the season opener at Thruxton, but is already committed to racing in the Porsche Carrera Cup GB this season.

“We really are delighted to welcome Senna to the team alongside Josh and Jade for the rest of the season,” BTC Racing team principal Steve Dudman said. “He’s a great addition to the BTC Racing line-up and we’re confident he’ll thrive in our Honda Civic Type R FK8.

“Although still a young driver, Senna has very strong experience in the BTCC and is a proven winner – so he most certainly knows how to get the job done.”

Proctor, who has one win to his name from his time with Power Maxed Racing, said he was delighted to be returning to the grid and to be rekindling a relationship with Josh Cook going back to the time when they were partners at PMR.

“I am over the moon to be joining BTC Racing,” he said. “The Honda Civic Type R FK8 is a proven race-winning car so this is a fantastic opportunity for me to show what I can do. The first time I will drive the car will be Free Practice one at Snetterton so I am in at the deep end, but it is a challenge I look forward to.

“Josh and I have worked together in the past so we know each other well, this can only benefit the development at BTC Racing and also with Jade in the team we have a strong three-car line-up. I don’t see any reason why we can’t be fighting up the front from the off.”