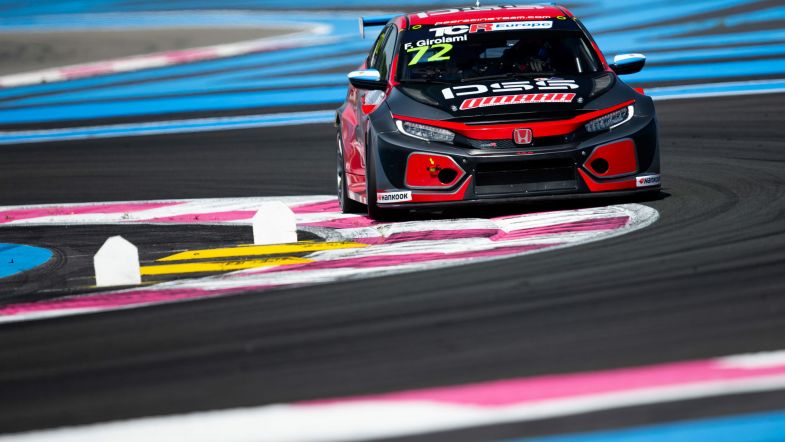 Girolami posted a time of 2:13. 356, but this late effort meant that the margin was not fully representative, with the top four having been split by a mere tenth-and-a-half until the final seconds.

Behind Langeveld came his SLR team-mate Sami Taoufik, who improved on his 13th place in FP1 to put himself firmly in the hunt come Saturday’s qualifying session.

Hyundai on the whole, fared far better in FP2 than it did in the first session, with four Elantras finishing inside the top ten.

Langeveld had been the pacesetter for much of the session, and posted a time of 2:13.818 to go over six-tenths of a second quicker than Girolami.

The improvements came quickly though, with the Brutal Fish Racing Honda Civic Type-R of Jack Young jumping between Langeveld and Girolami, while Mat’o Homola was fourth.

After the halfway point of the session, Langeveld still held the fastest time, but this time with a gap of just three-thousandths of a second from points leader Mikel Azcona, who in turn had a margin of just nine-hundredths over Taoufik.

Bennani’s team-mate Felice Jelmini was seventh ahead of Young, who faded in the second half of the session, while FP1 pacesetter Teddy Clairet ended up ninth.

TCR Europe is next in action on Saturday morning with qualifying scheduled to begin at 10:00 CEST. Race 1 will then take place later on in the day, at 16:45.