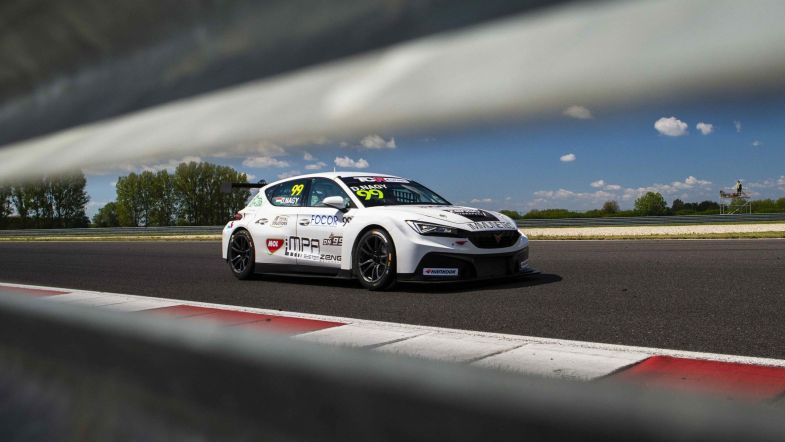 Sponsor issue forces Dániel Nagy out of Paul Ricard round

Zengo Motorsport’s Dániel Nagy will miss this weekend’s second round of the TCR Europe series at Paul Ricard after encountering budget issues.

The Hungarian, who returned to Cupra power this season, currently lies third in the standings after the opening round in Slovakia, said that while he was unable to compete in France, he was “working on big plans”.

Nagy announced that he would miss the Paul Ricard round on social media.

“I just wanted to tell you guys that I’ll miss the following round of TCR Europe,” he wrote.

“We tried to put it together with the team and the sponsors especially after the strong weekend at Slovakia, but could not succeed…

“It’s not easy to give up the good position (P3) in the championship but I’m not worried, we’re working on a big project, I hope that I can share good news about it very soon. Keep on going.”

Nagy’s absence from the entry list means there will be just four Cupras on the grid this weekend, with the two Volcano Motorsport entries running the latest León Competición, with the older spec Cupra TCR being used by Team Clairet Sport’s Gilles Colombani and Sylvain Pussier.