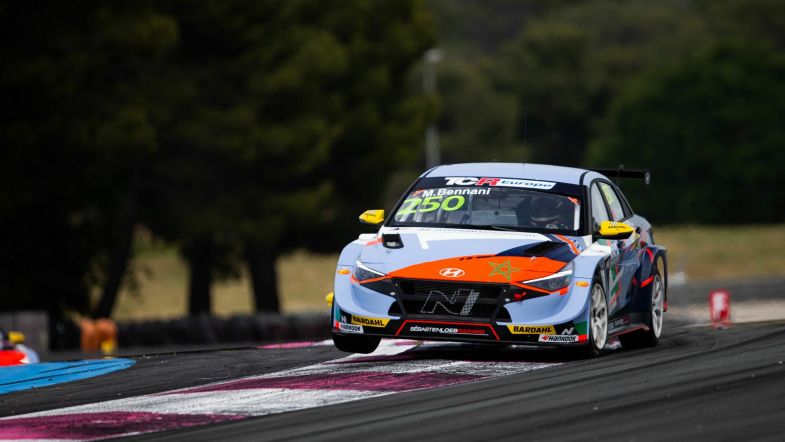 Sébastien Loeb Racing drivers Mehdi Bennani and Felice Jelmini are each predicting a “big fight” in the first TCR Europe race of the weekend at Paul Ricard.

With practice times and Q1 being tight affairs, Bennani is under no illusions that the race will follow a similar pattern.

“Like every time, qualifying was a big fight,” Bennani said.

“Some drivers give us a hard time coming from WTCR but it’s nice to have such a competitive championship. We were fighting a lot at the end to get ahead of the Peugeot but he beat us by one tenth. But we are there, I am having fun and we try to see.

“The goal in the race is to make a good start and see where we are. I want to get clear because I think it’s going to be a big fight; we are struggling with understeer so I think there will be big battles until the end.”

For Jelmini, who started second in Race 2 in Slovakia courtesy of the reversed grid, recorded his best qualifying performance of the season in third, but the Italian says he is somewhat in the dark about how his Elantra N TCR car will behave come the race.

“This is a very strong result for all the team, so I’m very happy,” Jelmini said.

“[For qualifying] I preferred to put new tyres on the front and warm them up before I put on the rears. With my driving style, I think it’s better but I think in terms of the lap times it’s quite similar.

“I don’t know where we will be strong here, to be honest. Our car is fast on the straight, but so is the Peugeot and the other guys. I think Azcona will be fast during the races and so I have no strategy – we have to be clever within the team and not fight with each other.”

While Bennani claimed victory on the opening weekend in Race 2, Jelmini endured a tougher time, despite showing strong pace and finished eighth and 14th in the two races.