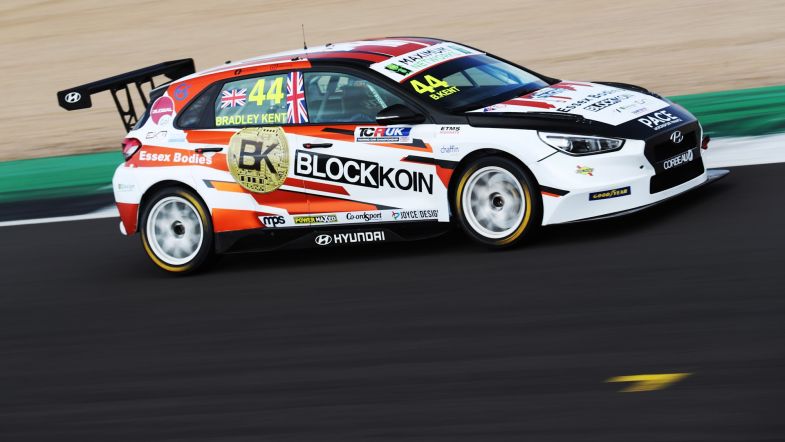 Darelle Wilson and Bradley Kent took a win each in the second meeting of the Touring Car Trophy incorporating TCR UK season at Castle Combe, with Lewis Kent extending his points lead after a nightmare round for Max Hart.

Qualifying, which featured a lengthy stoppage thanks to an incident for one for one of the Volkswagen Cup cars, saw Hart top the times at the wheel of his Hyundai i30 N TCR after he edged out the Cupra of Jac Constable for top spot in the grid.

Dan Kirby was third ahead of Lewis and Bradley Kent, with the top six completed by the returning Darelle Wilson.

When the race kicked off, Constable made the better start to vault into the lead ahead of Hart before the race went under caution after a clash at the final corner between debutant Alex Kite and the luckless Will Powell, who was collected by Kite’s Cupra when he suffered a spin.

Constable led Hart, Lewis Kent and Wilson when the action resumed and the Cupra man quickly found himself under pressure for the lead, with the top two breaking away from Kent, Wilson and Kirby behind.

Wilson made a fine move at Quarry on the second lap after the restart to move up into third spot whilst out front, Hart finally managed to find a way ahead of Constable into the lead of the race.

Once ahead, Hart quickly built a gap over Constable and the Cupra driver was then hit with a ten second penalty after it was deemed that his start had been a bit too good and the PMR man had gone too early.

Hart took the chequered flag first for what looked like his second win of the campaign but he was then excluded post-race for a technical infringement, which handed the win to Wilson despite huge pressure from Lewis and Bradley Kent behind; the latter having worked his way past the DSG Cupra of Bruce Winfield on the final lap.

Darron Lewis in the first NGTC-spec car in the race took fifth spot, with Constable’s penalty leaving him down in sixth spot.

The reverse grid saw Lewis on pole for race two ahead of Winfield and it was the Mercedes that stayed ahead despite Winfield’s best effort going up to Quarry for the first time.

The top two briefly edged away but Lewis and Bradley soon closed back in and despatched the Cupra on lap three, with Hart following them through as he romped through the field from the back after his earlier exclusion.

The Kent brothers then set about fighting ahead of Lewis for the lead and quickly fought ahead of the Mercedes, with Hart following suit – only to then run wide at the final corner and give the place back to the Team HARD man.

When Hart then made his move to take third a second time, contact with the rear of Lewis’ Mercedes caused damage that would put him into retirement – and would ultimately lead to Hart being excluded from the results.

At the front, the fight between the Kent brothers would end with Bradley getting back ahead into the lead as he went on to secure his first win in the series ahead of his older brother – and the defending champion – with Hart’s exclusion from third on the road promoting Winfield up into third spot.

Kite took fourth place in his first TCR finish, with William Butler and Wilson rounding out the top six. Daniel Wylie was the only other finisher in the TCT class as he took the flag a lap down, with Constable and Kirby both forced to retire.