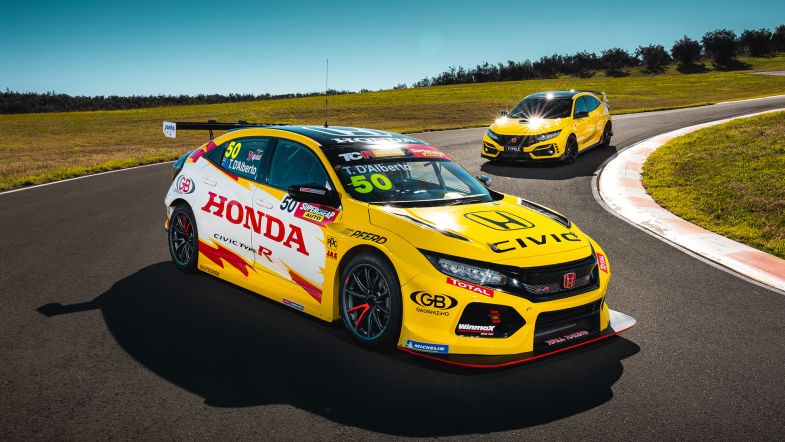 Tony D’Alberto will run a special tribute livery on his Honda Civic Type R when the TCR Australia season resumes at Morgan Park in August.

D’Alberto will run the striking yellow colourscheme in the delayed fifth round of the year to celebrate the arrival in Australia of the Civic Type R Limited Edition road car; 20 examples of which have been produced for down under.

Such was demand for the car, the Australian vehicles were secured by customers via a lottery system.

“We all loved the blue look on our Honda Civic Type R TCR, but the new yellow livery is something else,” D’Alberto said.

“It’s really cool to celebrate the arrival of the Civic Type R Limited Edition by using my race car to showcase the new model. It shows just how much Honda values its performance and racing heritage.

“The engineers have done a fantastic job fine tuning the Limited Edition model in pursuit of lightweight and speed – they’ve taken the Civic Type R to the next level and brought it even closer to my TCR race car.

“I hope the colour change and ‘Limited Edition’ inspired livery will also give my TCR car a lift when we get on track at Morgan Park Raceway in August for the next round of TCR Australia Series.”