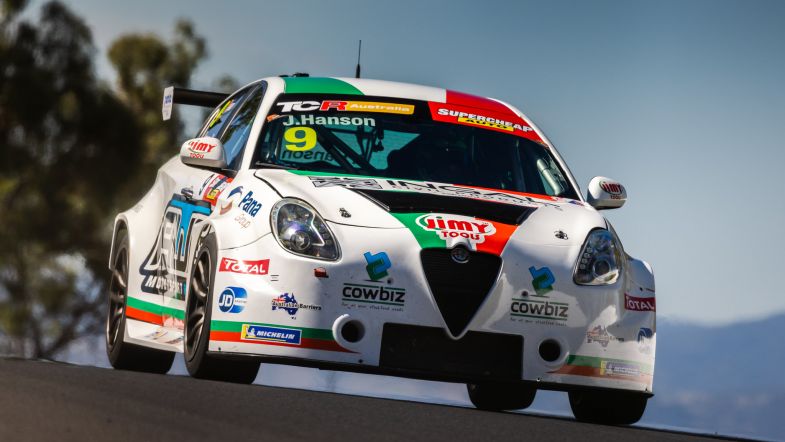 Jay Hanson has revealed that he will miss the next round of the TCR Australia season after splitting with Ash Seward Motorsports.

The 17-year-old joined the Alfa Romeo team for this season and showed strong pace in the season opener at Symmons Plains – scoring an on-the-road podium before losing it to a post-race penalty.

Recent events have proved to be more problematic however, with the meetings at Bathurst and Sydney Motorsport Park yielding just a single top ten finish.

As a result, Hanson has elected to re-evaluate his plans, and will return with a new team at Sandown, which is currently slated to take place in September.

“There has been some frustrations this year, so we are going to have a change of plans for the rest of 2021,” he said.

“We are going to miss Morgan Park to put some new plans in place, and then we should be back for Sandown.

“The time I spent at ASM was a great learning experience, and I really enjoyed having Lee Holdsworth as a team-mate and mentor. Both Lee and Ash have both really taught me a lot.”