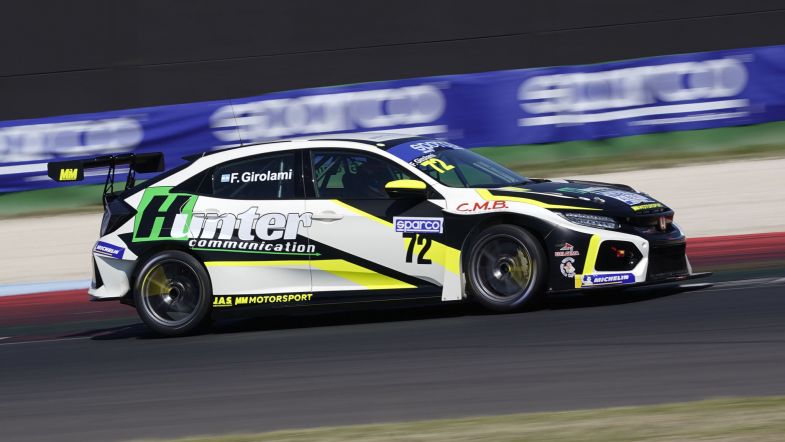 The session was red flagged after 12 minutes as Sandro Pelatti crashed his Audi RS 3 LMS heavily and damaged the barriers. The session was restarted after an hour following barrier repairs. The Italian driver had to be taken to hospital for a check up.

Girolami set a best lap time of 1:40.813 to beat Hyundai driver Nicola Baldan of Target Competition by 0.754 seconds. Baldan was followed by his team-mate Antti Buri who was eight-tenths from pole.

Scuderia del Girasole’s Salvatore Tavano had a lap time deleted in the closing stages of the session for exceeding the track limits and had to settle for sixth place, 1.1 seconds behind Girolami. Damiano Reduzzi finished seventh, 67 thousands of a second behind.

K2 Engine driver Dusan Kouril qualified in eight, 1.3 seconds off the pace, with Kevin Ceccon of Aggressive Team a further two-tenths behind.

The start of Race 1 is scheduled for 13:45 CEST on Saturday.