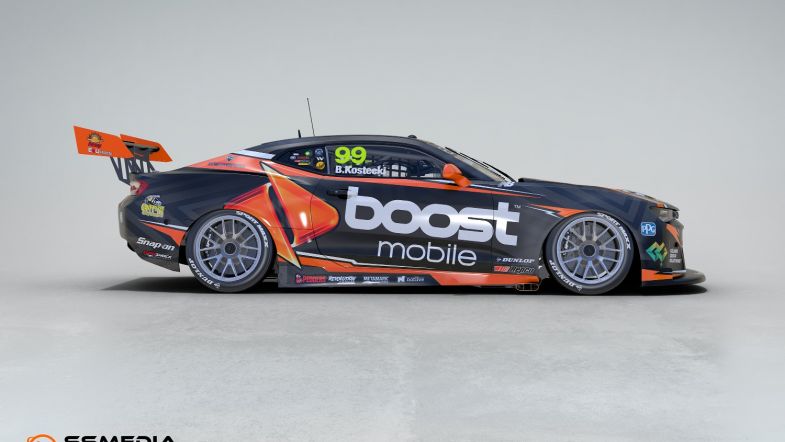 Supercars has confirmed that the new Gen3 cars will not be introduced into the series for the start of the 2022 season, with plans to switch to the new machines mid-way through the year.

The decision to delay the introduction of the cars until August 2022 has been made due to ‘challenges with international supply chains and ongoing domestic disruptions caused by the COVID-19 pandemic’ – with a desire to ensure that the move to Gen3 can be made as easily as possible.

Work is ongoing to complete the first prototype Gen3 cars, with a chassis having gone to Triple Eight Race Engineering to allow it to work on the new Chevrolet Camaro ZL1 and Dick Johnson Racing set to take delivery of the second chassis to work on a revised version of the title-winning Ford Mustang.

The series hopes that the protoype cars can be revealed ‘as soon as possible’ to allow serious testing to begin, with plans in place to showcase the cars at race events prior to their competitive debut.

The news of the delay comes just a day after Erebus Motorsport announced plans to build a Camaro for 2022, with team CEO Barry Ryan welcoming the move.

“Erebus Motorsport wholly supports Supercars’ timeline for the Gen3 introduction,” he said. “The additional time will be used wisely, with thorough testing prior to introduction, particularly with key items such as brakes and engines.

“We will continue to work closely with Supercars to ensure our new Camaro’s are aligned to the fastest and most efficient timeline for testing prior to their racing introduction next August.

“Camaro is our future and we look forward to showing our partners and fans our cars in 2022.”