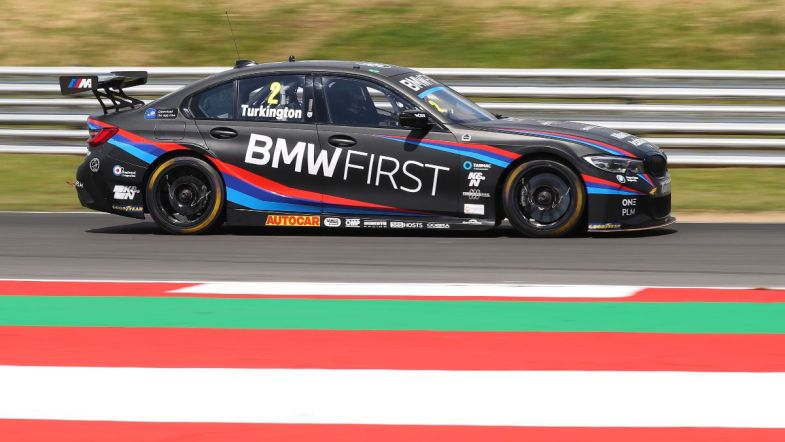 Colin Turkington: “We extracted the maximum”

Colin Turkington insisted that West Surrey Racing had “extracted the maximum” from his BMW 3 Series after he secured pole position for the opening race of the weekend at Snetterton.

Turkington endured a tough start to his BTCC campaign at Thruxton – not helped by a back injury that hampered him throughout Saturday – and arrived at Snetterton sitting seventh in the standings as a result.

The Northern Irishman was quickest in the opening phase of the two-stage qualifying session and looked well set to qualify on pole before he was knocked back to second spot by the Honda of Gordon Shedden.

However, when Shedden was then excluded from the session for a rear wing infringement, Turkington was promoted onto pole for the second successive season and will now try to replicate the stunning results he enjoyed at the circuit last year.

“Snetterton’s fast becoming one of my favourite circuits as I’ve always gone well here in the BMW 3 Series,” he said. “It just seems to suit the track, and especially in hot conditions like we had today.

“I’m really happy to be on pole. I didn’t feel the car was on the money in practice, so all credit to Team BMW and WSR for turning things around. I knew from the first lap of qualifying that the car was exactly how I wanted it.

“We extracted the maximum today and I’m confident of some really good results tomorrow.”