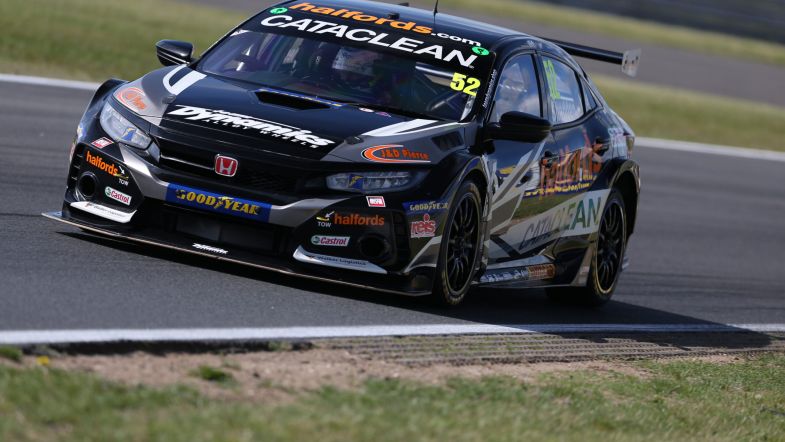 Gordon Shedden posted the quickest time in second free practice ahead of the first shootout qualifying session of the campaign at Snetterton.

The Team Dynamics driver had been fourth quickest in FP1 earlier in the day at the wheel of his Honda Civiic Type R but improved by three-tenths of a second during an early run in FP2.

That meant the Scot would top the times by the handy margin of four tenths of a second ahead of Tom Ingram, although the EXCELR8 driver’s FP1 time would remain out of reach – leaving him as the fastest man on track ahead of qualifying.

Ingram was less than a tenth of a second ahead of Jack Goff who jumped up into third spot on his final lap in the Team HARD Cupra with Ash Sutton fourth in the Infiniti.

The defending champion was the best performing rear-wheel drive runner, with only Tom Oliphant – in tenth – joining him inside the top ten. Colin Turkington, who had been inside the top three earlier in the day, would end up down in 23rd after his car ground to a halt in the closing stages.

Behind Sutton, Senna Proctor was an encouraging fifth quickest in his Honda ahead of Jake Hill; the points leader able to do more meaningful running after his issues in FP1. Chris Smiley was seventh in the second of the Hyundais with Dan Rowbottom and double Thruxton winner Josh Cook following behind.

Qualifying this afternoon will be a repeat of the format that debuted last year, with 25 minutes of running to determine the positions outside the top ten, and a further ten minute session to decide who will then fill the top ten places on the grid.