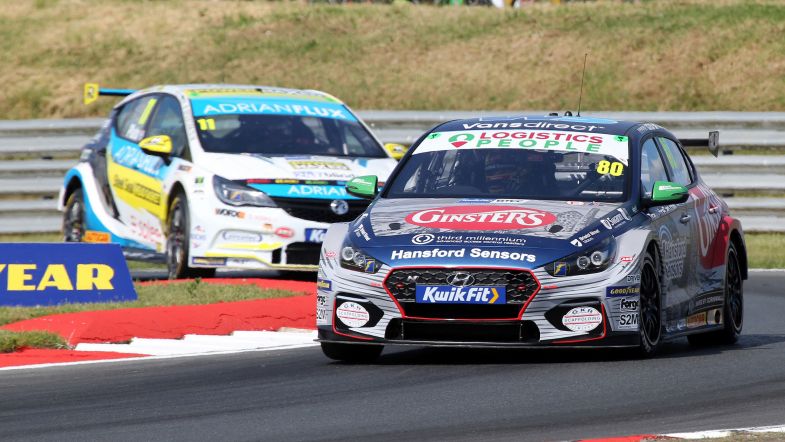 Tom Ingram admitted he was pleased to secure a front row start at Snetterton after the dramas that hit polesitter Gordon Shedden.

Ingram had qualified third quickest for the second BTCC meeting of the campaign in Norfolk at the wheel of his Hyundai i30 Fastback N but then made up an additional spot when Shedden’s car failed post session checks in relation to the angle of the rear wing.

That means Colin Turkington has now been moved up into pole position, with Ingram joining him on the front row at EXCELR8’s home circuit.

“It’s nice to be promoted forwards even though you don’t want to see others knocked back like that,” he said. “Their misfortune is our fortune today and I won’t say no to it. Third would have given us the inside line for the first corner, but the front row is great and we can aim for a good scrap tomorrow.

“I just need to be aggressive at the start and see what we can do. We aren’t carrying as much weight as we could have done and we have a car that feels good after the changes we made. Hopefully we can have a strong day and put some good points on the board.”