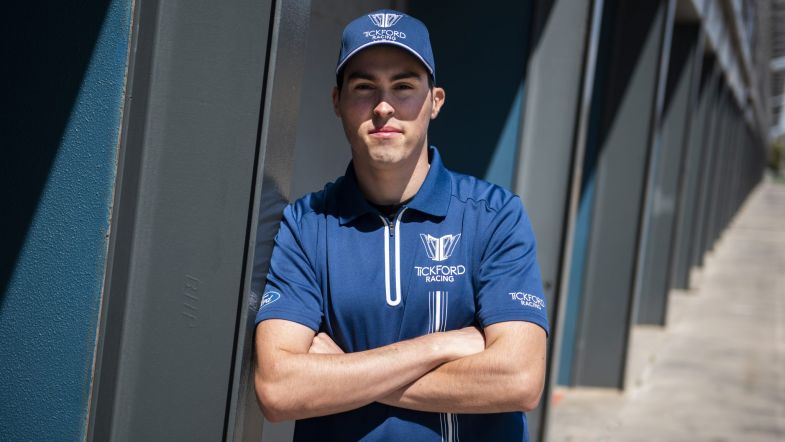 Tickford Racing will revert back to a four-car team for the 2022 Supercars season after being awarded one of the two Racing Entitlement Contracts [REC] that were put out to tender by the series.

Two RECs were available through the tender process, with Tickford being the only successful team to apply. Supercars will therefore retain the other REC that was being offered.

Tickford had previously run a four-car programme but downsized to three cars for this season after Phil Munday sold the REC that was being used for his 23Red Racing programme, and run as the fourth Tickford entry.

The inability to acquire a fourth REC – despite Tickford having four of its own through to 2018 – then resulted in Lee Holdsworth losing his drive with the team for this season.

2020 Super2 champion Thomas Randle, who has raced for the team in a number of wildcard entries in the past, will step up into a Supercars seat full-time following the expansion.

“Our business is designed to run four cars, so we’re thrilled to be returning to four full-time entries in 2022,” team principal Tim Edwards said.

“We have operated four competitive cars for many years, bringing the fourth car back into the fold is not only great for us, it’s also great for the fans who will see another Mustang on the grid, and one we plan to have running at the front. It’s a great way to start our weekend here in Darwin, and along with Gen3 is one of many exciting things to come for us in 2022.

“From the day we signed Thomas to our Super2 team for 2018 the goal has always been to get him into our main game program, so to have him stepping up with us in 2022 is extremely rewarding. It’s absolutely a testament to Thomas’ ability and work ethic, but also to the development programme we have within the team.

“Thomas has obviously been very impressive and has been an excellent ambassador for the team and our partners, and we cannot wait to hit the track with him full-time next year.”

Randle will be making his full-time debut in Supercars next year to cap an astonishing recovery from testicular cancer; a battle he has fought over the past 18 months.

“I reckon if you said that 20 times it still wouldn’t sink in, but it’s just absolutely phenomenal,” he said. “I have so many people to thank: firstly the team at Tickford Racing for trusting me to drive one of their cars next year full-time, my family, my supporters through thick and thin.

“It’s been a tough ride, not just on-track but off-track as well, I mean it was only six months ago I was finishing my (cancer) treatment. So saying six months later that I’m a full-time driver in 2022 is pretty amazing.

“The hardest step is always this one, and to be representing some amazing brands in Tickford and Ford, the team’s supporters and members, I’ll do my best to make them proud. I always said I wanted to get there on merit, and I guess there’s no better way to do that than on a race weekend when I get to drive a Supercar!

“Obviously the main focus is getting through this weekend and then Perth (as a wild card) before Bathurst, and then full focus on a full-time campaign next year. It just feels pretty cool saying it.”

Matt Stone Racing had been amongst the other outfits chasing one of the two RECs available, but was ultimately unsuccessful with its bid.

“We are delighted to see the grid expand for the 2022 season,” Supercars CEO Sean Seamer said. “We congratulate Tickford on its successful bid, and we wish them luck in their preparation for next season.

“Supercars received interest from several parties to purchase the RECs, proving there is a desire to expand our championship.

“We look forward to seeing more cars on the grid as we welcome Gen3 in 2022.”