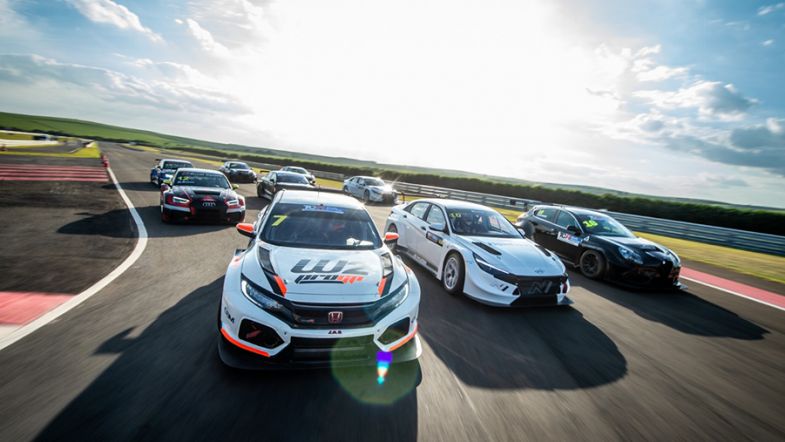 A field of a dozen cars is set to do battle when the new TCR South America season kicks off in Brazil.

The opening race for the new series will take place at Interlagos with a grid that is smaller than predicted, with organisers having initially announced that there had been 35 entries submitted for the inaugural season.

The Interlagos opener will be the first of eight meetings split between Brazil, Argentina, Uruguay and Chile, with the event featuring a three part qualifying session similar to that seen in WTCR and then two sprint races.

The first of those will be over 55km, with the second running over 65km.

Spaniard Pepe Oriola is the most familiar name on the entry list having inked his deal to race a Honda Civic Type R with the W2 Racing team alongside Raphael Reis.

José Manuel Sapag is also at the wheel of a Honda and partners Ayrton Chorne at Squadra Martino, with a pair of Alfa Romeos entered by PropCar Racing Team for Fabio Casagrande and Paul Holton.

Holton replaces Roy Block, who is unable to take part in the event due to a clashing commitment in the IMSA Michelin Pilot Challenge.

Four Audis are on the entry, with Adalberto and Rodrigo Baptista – fresh from his ETCR outing in Italy – running for Cobra Racing and Márcio Basso and Guilherme Reischl entered by MC Tubarão.

Scuderia FJ – the team headed by Augusto Farfus – is also set to run its two Hyundai Elantra Ns this weekend but has yet to name any drivers.

Chetta Racing, Piquet Sports, Onze Motorsports and Perú Racing Team are amongst the teams that had previously announced plans to compete in the series but are not featured on the entry list for the opening round.

An unnamed team from Argentina had also announced plans to run a six-car Hyundai programme.