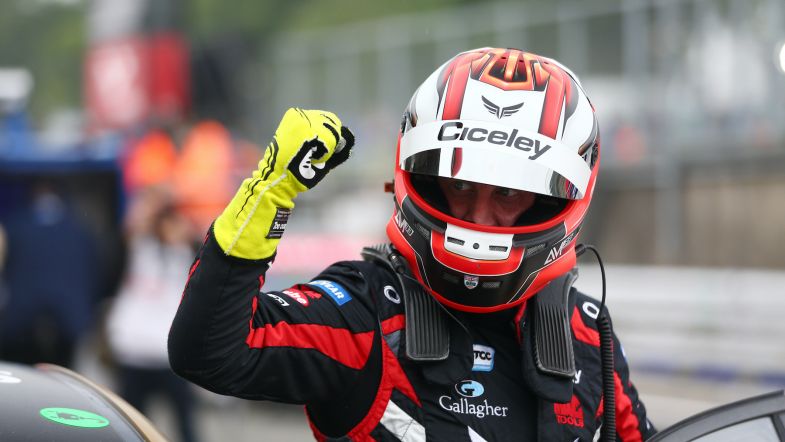 Adam Morgan recovered well from a penalty in qualifying to secure his first win with Ciceley Motorsport’s BMW at Brands Hatch.

Morgan headed into the event having scored four top ten finishes in six starts with the new car, but was left with work to do when he qualified down in 21st place having lost his best time to a track limits infringement.

Forced to take a different approach to race day as a result, Morgan worked his way up to twelfth through the opening two races and then benefitted from the reverse grid draw to be put on pole for race three.

A solid start allowed Morgan to keep the lead when the lights went out and a mature drive at the front saw him manage the gap to Aiden Moffat and then Jack Goff behind as he picked up his first victory of the campaign.

“It’s always nice to get a win, but it’s particularly nice when it’s with a new car,” he said. “I’m chuffed for everyone in the team because this is a mega result for us. We’ve been making progress with the car across the first two rounds and we came here and were right on the pace in qualifying.

“Losing the best time to track limits meant we were way down the order so the plan then was to focus on getting into a position where we might benefit from the reverse grid. P18 in race one was a solid start and then we got up to P12 and got lucky when our number was pulled.

“It was all about getting the car off the line and when I was leading into turn one, I just had to go for it. The team was on the radio helping me manage the gap and telling me what was happening behind, and I just had to make sure I kept my focus.

“Even when there were some spots of rain, I was able to stay calm and I’m really pleased to secure the victory.”