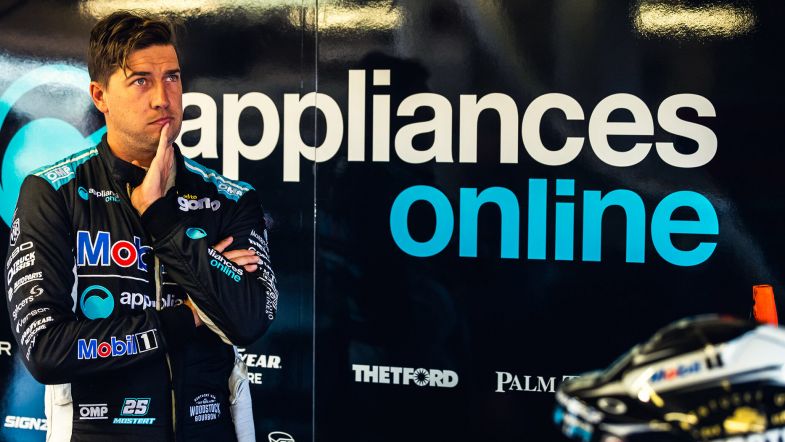 Chaz Mostert described the dip in form for his Walkinshaw Andretti United Holden Commodore between Darwin and Townsville weekends as “bizarre” following a frustrating weekend in Queensland.

The 15-time Supercars race winner struggled with pace all weekend and qualified a disappointing 17th for the opening race of the Townsville 500 on Saturday, and could only manage 14th in the race.

The second race was a lot better, following overnight set-up changes to his car, with Mostert rallying to ninth at the finish.

Mostert said post-race that the changes to the car had made a significant difference in performance.

“That’s the best car we’ve had all weekend, nothing to write home about, that’s for sure,” he told Fox Sports.

“We’ve got a lot of stuff to go through in the week, we tried a lot of stuff this weekend. I’m just proud of all the boys here for digging deep instead of just polishing something that wasn’t great.”

Mostert particularly struggled with balance issues during the first race of the weekend and claimed that there was “no place to hide” for the lack of speed.

His 14th place was the lowest finish of the year for Mostert outside of retirements, leaving the Holden driver baffled.

“We haven’t had many days like that this year, or since I’ve been here,” he said.

“We will put our heads together tonight, have a look at what went wrong, and fix what we need to fix overnight.”

Sunday’s race did yield a points finish, but for Mostert, it was a far cry from a promising weekend in Darwin where he recorded a pair of fourth place results.

“We made a lot of changes and, although the outcome wasn’t what we wanted, we can cross off a lot of boxes that didn’t work,” explained Mostert.

“It’s so bizarre coming from a top five car in Darwin to struggling to get into the top 10 this weekend.

“But the guys will work hard this week and we’ll see how it goes.”