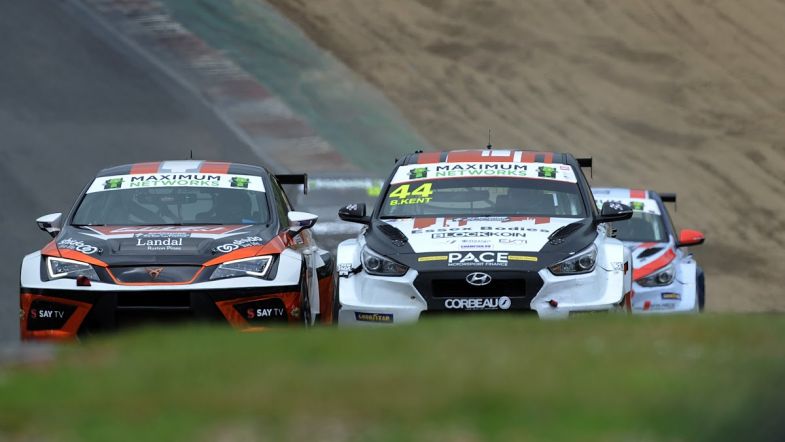 The Touring Car Trophy incorporating TCR UK is set for its largest grid of the season to date when the series heads to Oulton Park this weekend, with a 16 car entry in place for the fourth round of the campaign.

Although a number of drivers – including Team HARD pair Daniel Wylie and Toby Bearne, DW Racing’s Darelle Wilson and Motus One’s Will Powell – will not be present, a number of new and returning names have instead boosted the entry list going into the double header in Cheshire, headlined by a return to the series for TCR Europe racer Alex Morgan.

Morgan, who competed in the 2019 season finale in a Renault Megane, will be at the wheel of a fourth Cupra being entered by Power Maxed Racing alongside the cars of Dan Kirby, Jac Constable and Will Butler.

PMR’s Hyundai – driven last time out by Chris Wallis – will miss the meeting due to ongoing parts problems.

“I’m absolutely delighted to be returning to touring car racing, and to be rejoining PMR for this weekend’s TCR UK race at Oulton Park,” Morgan said. “My last race was in October 2019 with PMR, and so it’ll be great to get back on track with the team, and to build on the success at our last outing. I’m very familiar with the Cupra Leon TCR car and so I’m hoping we’ll be mixing it with the front runners from the outset.

“Oulton Park is a fantastic circuit where I’ve had good success in Clio Cup UK previously, and so I’ll be aiming for two good results in Saturday’s races.”

Maximum Motorsport is another team boosted by the addition of multiple cars this weekend, with Andy Wilmot, Jack Depper and Alex Kite all in action. Wilmot will be at the wheel of his previously announced Cupra TCR, with VW Cup front-runner Depper at the wheel of a VW Golf. Kite meanwhile will drive the team’s newly acquired Vauxhall Astra.

“Whilst I’ll be learning the intricacies of how to set-up the car during each session and how to get the best out of it, I’m not intending to change my ‘Full Send’ approach as I get used to racing a different type of VW,” Depper – son of former BTCC racer Martin – said.

“I’ll also think I’ll have to re-learn how to race door-handle-to-door-handle again, as this seems to be the norm from what I’ve seen in the various Touring Car Trophy races so far this year. I can’t wait to get stuck in!”

Other new additions to the grid include Jamie Sturges in a VW Golf entered by Zest Racecar Engineering and Mark Smith in a Cupra TCR. Hugo Cook also makes his return to the series having contested the opening round at Silverstone in his Audi.