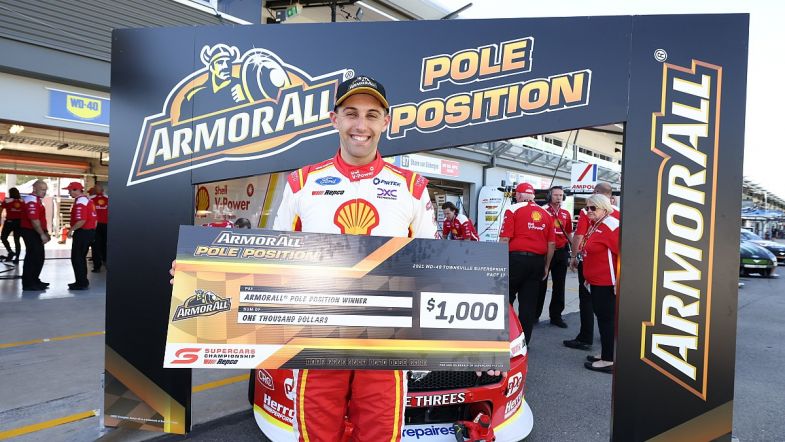 Anton De Pasquale claimed pole position on the streets of Townsville ahead of the first Supercars Championship race of the weekend.

Jamie Whincup was fastest of the Holden drivers for Triple Eight Race Engineering, close to four tenths from pole position.

Chaz Mostert was fifth ahead of championship leader Shane van Gisbergen in sixth.

Nick Percat and Todd Hazelwood rounded off the top eight, seven and eight tenths of a second from pole.

Zane Goddard crashed on his shoot out lap, managing to hit the throttle instead of the brake, crashing into the barriers, and will start tenth.