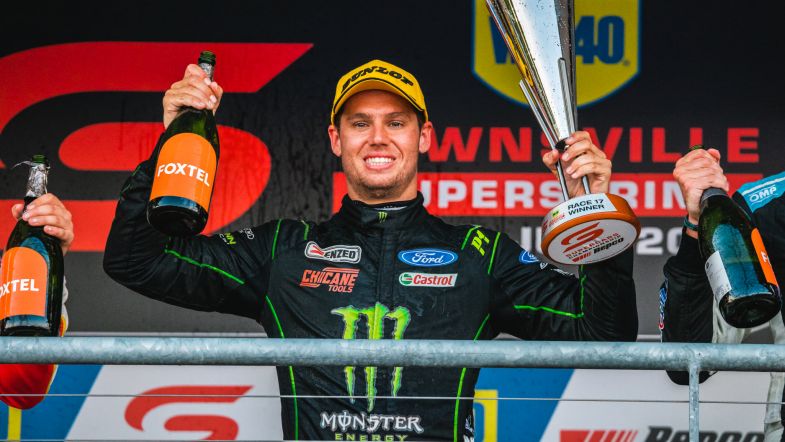 Cameron Waters claims victory on the streets of Townsville

The Tickford Racing driver started second and was able to get past the Dick Johnson Racing driver after the pit stop on lap 18, making full use of De Pasquale coming out of the pits on cold tyres.

Chaz Mostert climbed from fifth on the grid to finish third behind the wheel of his Ford Mustang.

Blanchard Racing Team driver Tim Slade made impressive progress up through the field from 19th on the grid to finish fourth, 15 seconds behind race winner Waters.

Whincup, who crossed the line in second place, was dropped to finish fifth after speeding in the pit lane, with van Gisbergen sixth after receiving a penalty for making contact with Brodie Kostecki.

Next up is qualifying for the second and third races of the weekend, starting at 10:25 local time/02:25 CEST tomorrow.