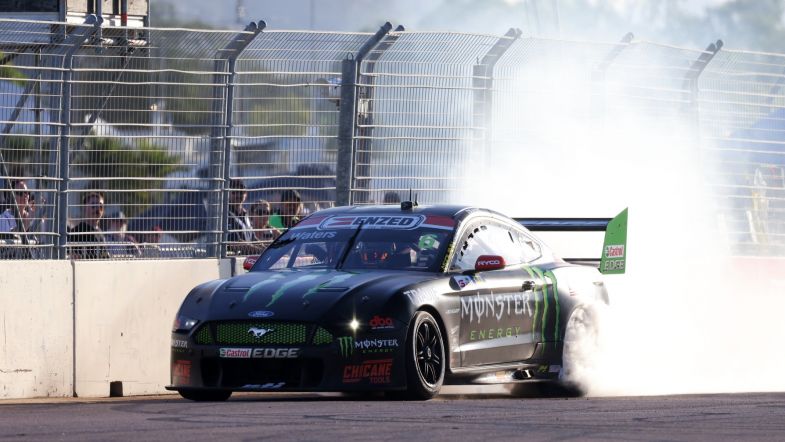 Triple Eight driver van Gisbergen headed the field in the first part of the race.

The safety car was called into action on lap 17 as Macauley Jones had hit the wall.

This saw van Gisbergen heading into the pits while Tickford Racing driver Waters remained on track, making his stop a lap later – enabling him to rejoin the track in the lead.

Van Gisbergen then set out on a furious chase of Waters, but was unable to get past, with the Ford driver winning the race nine tenths ahead of his Holden rival.

The next Supercars Championship race takes place at Queensland Raceway on August 21-22.