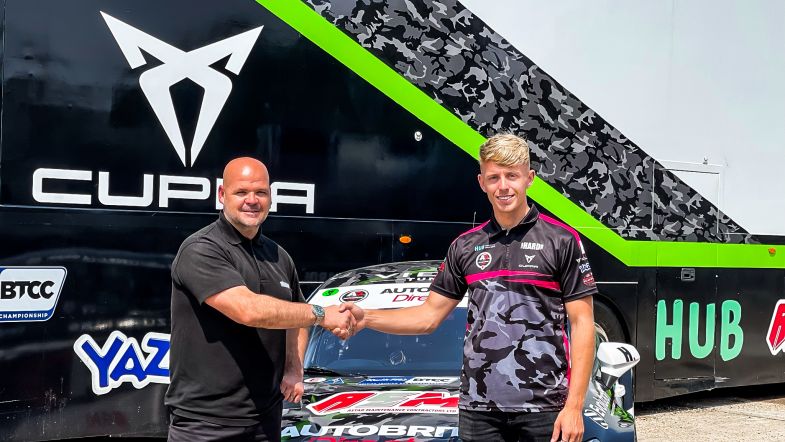 Jack Mitchell will make his BTCC debut at Oulton Park after joining Team HARD for the remainder of the 2021 season.

The 23-year-old will take over the Cupra Leon vacated by Glynn Geddie as he takes the first step into touring cars, having previously won the Ginetta Junior Championship and the British GT4 crown.

Mitchell returned to the TOCA paddock at Brands Hatch with a guest outing in the MINI CHALLENGE and will now hope to impress when he graduates into the Cupra for the seven rounds still to run this year.

“I’m really looking forward to joining Team HARD in the BTCC,” he said. “It’s a series I have grown up watching and racing on the same weekend in some of the support packages, so to call myself a British Touring Car Championship driver from next weekend is something I am very proud of.

“I’ve been following the team for the last couple of seasons, and they have been making great progress, especially with the new car this year which makes me very excited. I’m really keen and looking forward to getting into the car to drive it at Oulton Park.

“The goal is to help the team get some really strong points finishes and just learn as much as I can. I’m ready, hungry and ready for the fight!”

Team boss Tony Gilham said he was delighted to welcome Mitchell into the team.

“I’m glad to finally get this situation sorted and I couldn’t think of anyone more suitable than Jack,” he said. He has been a consistent performer for his entire career to date and the stats don’t lie, he is a winner.”