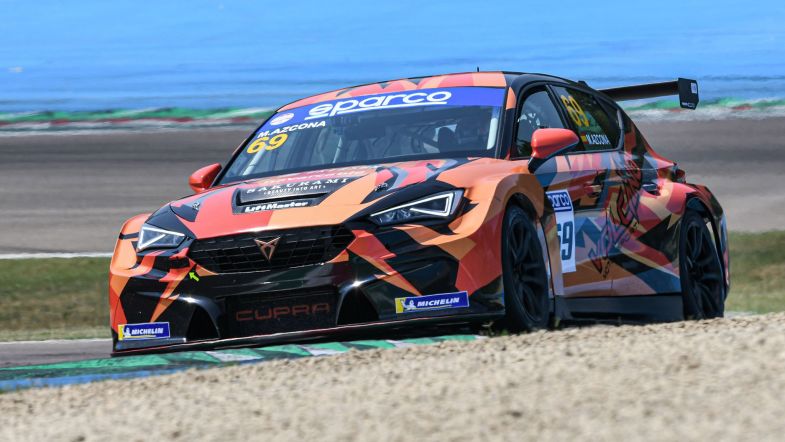 Guest driver Mikel Azcona of Volcano Motorsport took the pole position for the fourth round of the 2021 TCR Italy season at Imola.

Igor Stefanovski, driving a Hyundai i30 N TCR, made a last lap effort to climb up to fourth place, 0.978 seconds behind Azcona.

Target Competition drivers Nicola Baldan and Antti Buri finished in seventh and eighth positions, with the Italian reported to the stewards for an investigation after the session.

Scuderia del Girasole’s Salvatore Tavano finished ninth after dropping down the order as he was unable to manage a fast lap in the closing stages of the session.

The start of Race 1 is scheduled for Saturday at 13:20 CEST.