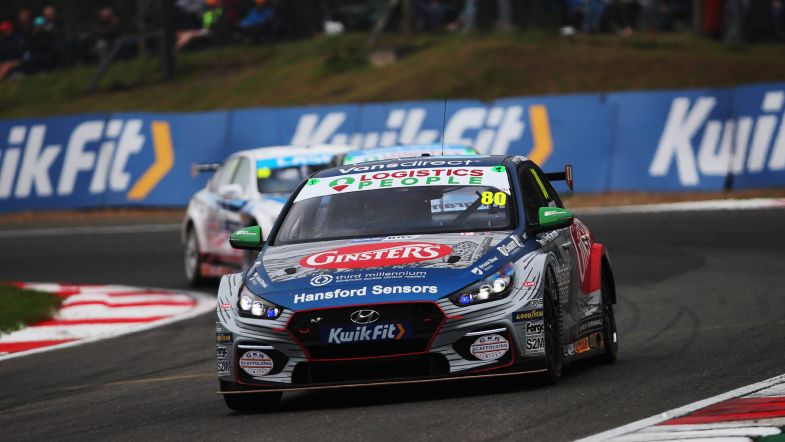 EXCELR8 has announced that it will explore the possibility of running a new Hyundai-based engine for the 2022 BTCC season.

Work has started on a Research and Development programme alongside Swindon Powertrain – the current supplier of the TOCA engine – which will investigate the potential benefits of building a new engine, with the programme being backed by Hansford Sensors; long time backer of EXCELR8 driver Tom Ingram.

The R&D efforts will determine whether a new engine will help the team as the series heads towards the hybrid era, with the team also evaluating how it will be able to “better manage the balance between performance and reliability” with a bespoke engine.

A final decision on whether to push ahead with the engine, or to run the latest TOCA engine currently being developed by M-Sport, will be made later in the season.

“When we first joined the BTCC grid, we made it clear that we had a long-term plan to establish ourselves in the series and had no intention of simply making up the numbers,” team owner Justina Williams said. “Despite the many challenges that we have all faced over the last 18 months in particular, we have made huge progress in taking on the build of our own car, and then in developing it into the race-winning package that we have this season.

“The BTCC as a series is one that is constantly evolving and if we want to maintain the progress that we have made so far, we need to look at what we can do to ensure that we continue to challenge at the front of the grid. This R&D project is an opportunity to explore the way in which we can continue to grow as a team, and can also maximise our chances of success on track in the new hybrid era.

“We are lucky to have a very talented group of engineers within our team to work on this R&D project and in Swindon Powertrain, we have a partner that has a proven record of success when it comes to developing engines that are capable of fighting for race wins and championship titles.

“As ever, the support of our commercial partners is a key factor in how we operate as a race team, and this programme wouldn’t have been possible without the backing of Chris and the team at Hansford Sensors. Having joined us alongside Tom Ingram at the start of the year, we have quickly developed a very strong working relationship and we share the same goals when it comes to what we want to achieve on track during the remainder of this season and beyond.

“There is a lot of hard work ahead in the coming months as we fully evaluate the options that are available to us, and ultimately we will only push ahead with a full engine programme if we know that it is the right decision for everyone involved.”