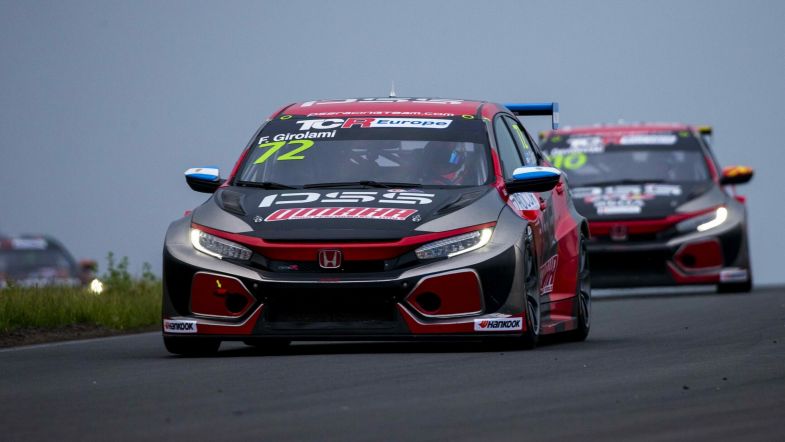 PSS Racing’s Franco Girolami set the fastest time in the opening TCR Europe practice session of the Spa-Francorchamps, thanks to a late flyer.

The Honda Civic Type-R TCR driver posted a time of 2:31.49s to end the 30-minute session a fraction over half a second quicker than Volcano Motorsport’s Mikel Azcona.

Azcona, a double winner at the Belgian circuit last year, had looked like topping the session but Girolami hammered home his advantage in the closing seconds.

The session was thankfully largely uneventful, with just a handful of drivers warned for track limit infringements at the exit of Les Combes, which allowed uninterrupted running for the duration.

Bennani was the first driver to set a representative lap-time after the initial installation laps in his Sébastien Loeb Racing Hyundai Elantra, posting a time of 2:35.577.

The defending champion traded the fastest time with team-mate Felice Jelmini before improving to a 2:32.366.

That time looked like being the fastest as several challengers came and went throughout the session until late efforts from Azcona and Girolami.

Azcona then popped up with a time of 2:32.756 to go second before improving further to go fastest heading into the final quarter of the session.

But Girolami had a final effort in his arsenal and edged Azcona by 0.513s at the finish.

Klim Gavrilov was seventh, again showcasing the performance of aerodynamically aided cars but surprisingly the best of the Audi RS 3 LMSs. Brand colleagues Nicolas Baert, Tom Coronel and Dušan Borković (all Comtoyou Racing) occupied the first three spots outside of the top ten.

Jelmini ended up eighth ahead of the best of the Team Clairet Sport Peugeot 308TCRs, Jimmy Clairet, with brother Teddy in 10th.

Next up for TCR Europe is practice two which is scheduled to take place later on today at 16:55 CEST.