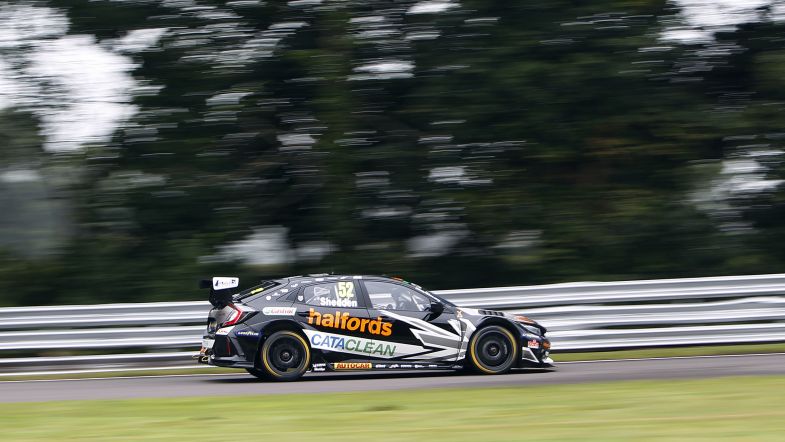 Gordon Shedden said he hopes to enjoy a trouble free race day at Oulton Park after qualifying on the front row of the grid for the fourth meeting of the BTCC season.

The returning former champion has endured his fair share of misfortune in the three rounds run so far, which meant he headed to Oulton Park sitting outside the top ten in the championship and with no success ballast as a result.

The Scot was quick across the day in his Honda Civic Type R and looked good for pole when he edged ahead of Rory Butcher’s Toyota in the closing stages of qualifying, only to be beaten to top spot by the similar car of Senna Proctor.

It means Shedden starts from second but in a strong position to try and push for a first win of the campaign.

“We were strong in the tyre test but it is so close when you looking at how long the track is,” he said. “It’s really difficult here because if you fall out of sequence you find people leaving the pit lane and while they don’t get in the way, they do end up being inadvertently where you want to be on the way down Cascades.

“I thought my lap was okay, it was a little bit loose going through Druids which got my heart up a bit but apart from that it was okay. A front row start and nice clear track in front of us, let’s make the most of it tomorrow.

“Hopefully the car will be strong all the way through. Obviously there’ll be a bit of strategy tomorrow, tyres, all sorts of things. We’ll make the best of it and just see if we can get through all three races as we should.”