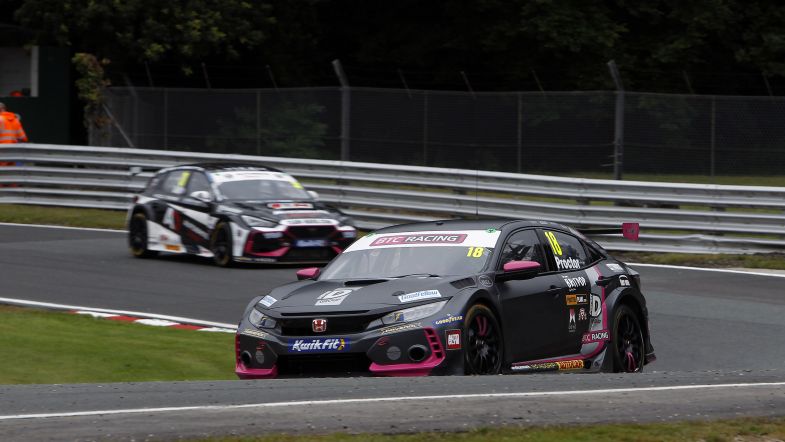 Senna Proctor admitted he was delighted at securing his maiden BTCC pole in qualifying at Oulton Park.

The BTC Racing driver had topped the times in testing at the circuit earlier in the month and would lead a Honda charge in qualifying, which was held in dry conditions after rain had affected practice.

Proctor would go agonisingly close to beating the qualifying lap record as he edged Gordon Shedden out of pole position, marking the first time he had snared pole in the series; his previous best having been fifth spot.

“We were quick at the test so there was pressure to get the job done and we did it,” he said. “The lap didn’t feel that good and the one before probably felt like it was a quicker lap but I got the tyres in the window and could produce the time.

“We were okay in the mixed conditions in FP2 and I knew that we’d be quick when things dried up and we ended up 0.001 off the lap record.

“I think the rear wheel drive cars have had ballast which has hurt them today whereas I have no weight in the car. We’ll see what happens tomorrow when they lose the weight but I’ve proved we can fight at the front and we have to try and challenge for the win tomorrow.”