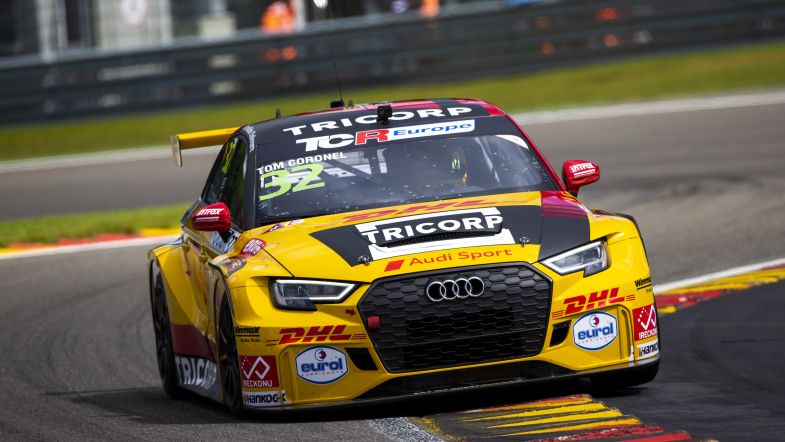 “In the practice sessions, I already noticed that it would be difficult with that weight,” said Coronel.

“Especially at a long circuit like Spa, with uphill and downhill parts, that is costing just a little too much time and that became apparent, among others with the tyres that started having a hard time after about four laps with all that weight.”

The Audi RS 3 LMS driver missed the reversed grid pole position by just eight thousands of a second, then trying to fight back in the final race by opting for slicks at the front and wets at the rear.

“There was a downpour as the cars were already on the grid, so that immediately led to the usual chaos among the teams and everybody around,” said Coronel.

“I started with slicks at the front and rain tyres at the rear, known as the ‘Coronel combination’ in TCR ever since I once won a race like that in Japan. It went well.”

The results at Spa have dropped Coronel from third to fifth in the standings, 76 points from leading driver Mikel Azcona.

“I drove a slightly solitary race in tenth place, was able to close up a bit, but tenth place was all I could achieve. Let’s say that I have been able to keep the damage limited, which was the goal,” said Coronel.