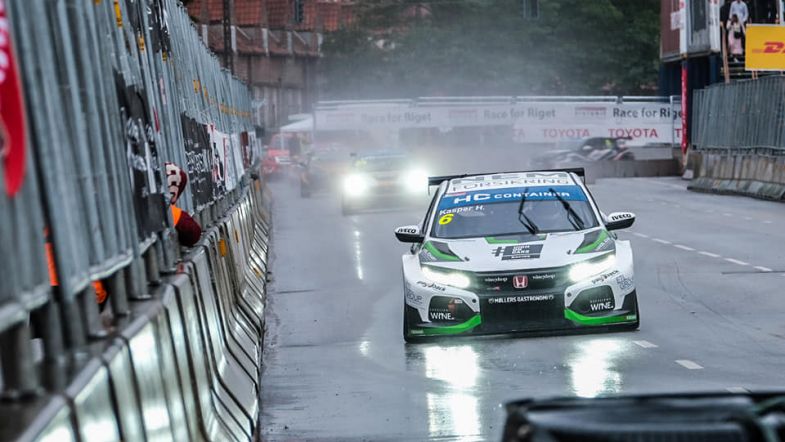 The reigning champion started second and claimed the lead at the start from pole sitter and Peugeot driver Michael Markussen.

The Massive Motorsport driver soon made a mistake however and dropped two places behind Markussen and points leader Jan Magnussen.

The safety car was called into action on the third lap as Cupra driver Magnussen made a mistake and hit the wall, retiring from the race.

The race resumed on lap seven, with Jensen launching an attack on Markussen one lap later to claim the lead.

The Copenhagen walls claimed its second victim on lap eight, with Alfa Romeo driver Jacob Mathiassen retiring from the race after making a mistake.

Magnussen still holds the points lead on 149, with Jensen second on 110 and Elgaard third on 104.