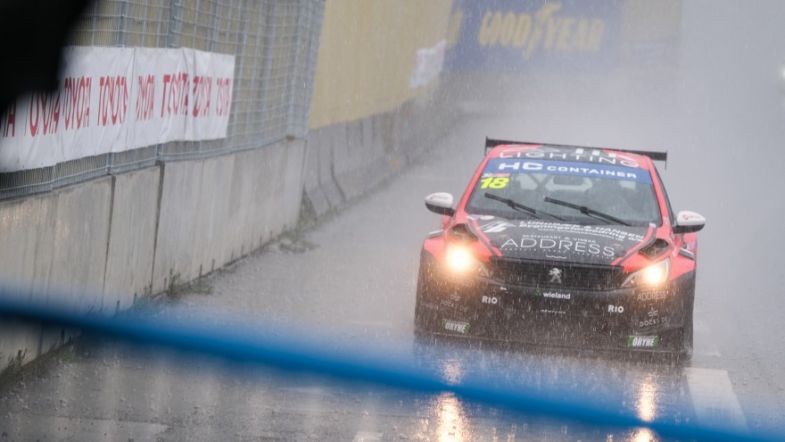 The Markussen Racing driver claimed pole with a time of 1:16.212 in the pouring rain and the top duo were far ahead of the rest.

Points leader Jan Magnussen was third fastest for LM Motorsport but close to two seconds from pole, setting his time late in the session.

Gustav Birch put his Peugeot 308TCR in fifth position on the grid ahead of Casper Elgaard and series returnee Louise Frost.

Nicolai Sylvest rounded off the top eight behind the wheel of his Cupra León Competitión, 4.8 seconds from pole.

Jacob Mathiassen was ninth fastest in the session but had his times disallowed for exceeding the track limits too many times.

The first race of the weekend starts at 16:55 CEST today.