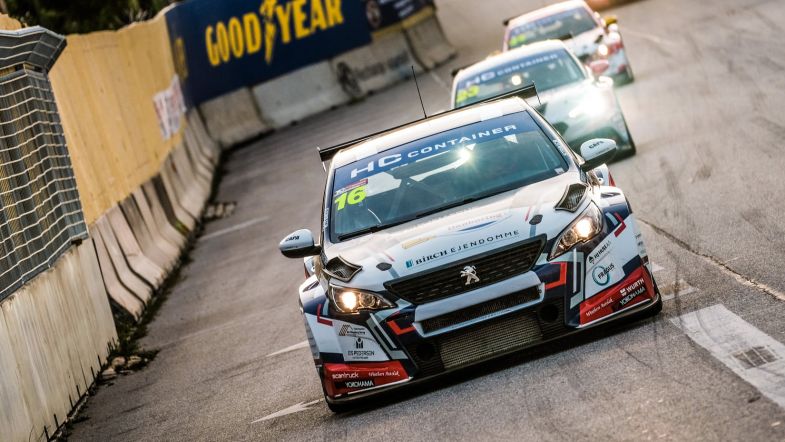 Casper Elgaard claimed his first TCR Denmark win since September last year in the second race of the weekend in Copenhagen, a race that finished behind the safety car.

Allan Kristensen started from the reversed grid pole position and claimed the lead into Turn 1.

Brian Madsen Motorsport driver Elgaard made his way past René Povlsen and Kenn Bach on the opening lap to claim second position.

Elgaard then continued his charge to claim the lead from Kristensen on lap two.

Gustav Birch then made a mistake on lap six, hitting the wall. Johnny Veljebo hit the tyres at the chicane on the same lap, coming to a halt on track.

This brought out the safety car that remained on track for four laps until the chequered flag.

Elgaard won the race ahead of LM Motorsport driver Nicolai Sylvest in second and reigning champion Jensen in third.

Race one pole sitter Michael Markussen crossed the finishing line in fourth behind the wheel of his Peugeot 308TCR while Kenn Bach rounded off the top five.

Pole sitter Kristensen was excluded from the race for failing to take the penalty lane after jumping the start.

Former F1 driver Jan Magnussen had a big blow to his championship lead as LM Motorsport was unable to repair his Cupra León Competición in time for the race following his crash in Race 1 of yesterday.

Magnussen still holds the points lead while Elgaard has climbed to second, 20 points behind.

Jacob Mathiassen was a non-starter in this race as well for the same reason as Magnussen.

The third and final race of the weekend starts at 15:00 CEST, with Jensen starting from pole position.