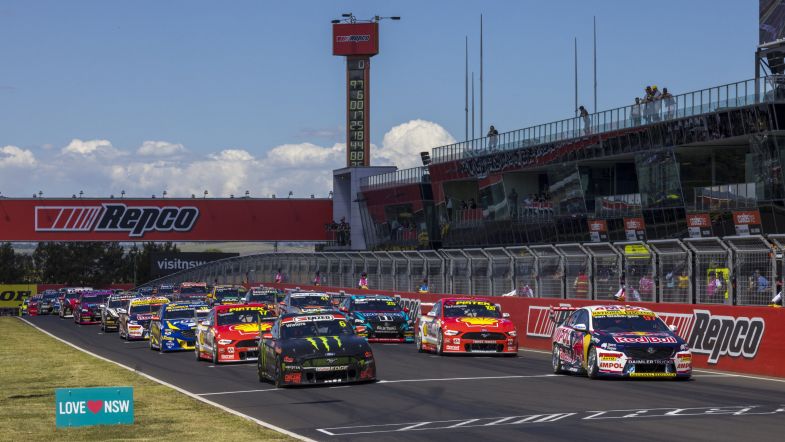 The Bathurst 1000 will go ahead as planned on the new November date announced by Supercars, despite suggestions that the event could be at risk.

A two week exclusion period in place before the Challenge Bathurst event on 11-17 November would have prevented the biggest race on the Supercars calendar from going ahead on the weekend of 4-7 November.

Supercar has revised the latter stages of the calendar to deal with the effects of COVID-19 in Australia but organisers of Challenge Bathurst were keen to prevent their own event – suggesting that there would be ‘no resolution to Supercars Australia running on the dates they are advertising’.

However, an extraordinary meeting of the local council has now seen agreement reached that will allow Supercars to run on the newly announced date whilst Challenge Bathurst will also run as planned.

“Council has held extensive discussions with both partners and is pleased to be able to announce that an agreement has been reached so that both events can proceed at Mount Panorama in November,” Mayor of Bathurst Ian North told Speedcafe.com.

“As the owner of the Mount Panorama Motor Racing Circuit, one of the most iconic race tracks in the world, Council wanted to ensure both events went ahead and has been instrumental in bringing about a resolution between all parties so this could occur.

“The Council, and indeed the community, look forward to the return of motor racing at Mount Panorama this year and we are hopeful that we will also be able to welcome motor sport fans to the mountain for the Repco Bathurst 1000.

“Motorsports bring an economic boost to Bathurst and the surrounding region. Local businesses have been heavily impacted by the dramatic drop of tourism to regional areas in recent months and we look forward to both these event going ahead.”

Supercars CEO Sean Seamer also welcomed the news of an agreement being reached.

“We’re glad to see that common sense has prevailed and we thank the Bathurst Regional Council for their support to ensure the Great Race date is confirmed for 4-7 November,” he said.

“This is a win for the city of Bathurst and fans around the world.”