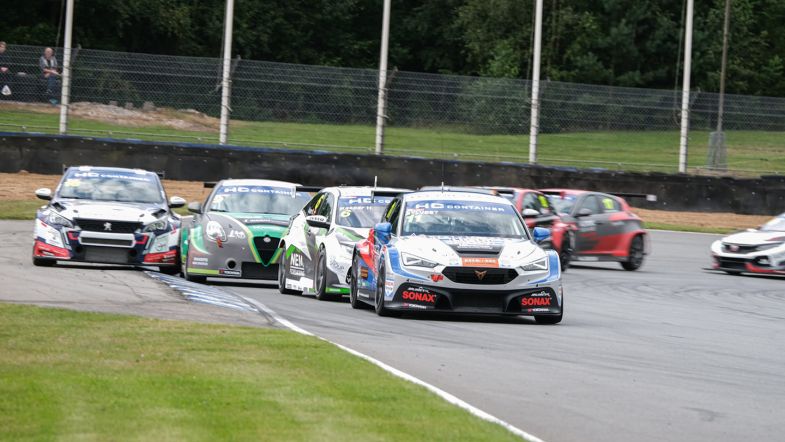 Nicolai Sylvest and Casper Elgaard were victorious in the three TCR Denmark races at Jyllandsringen today.

LM Motorsport driver Sylvest won two of the three races and has moved up to third in the standings.

Sylvest headed the first race from lights to flag, winning the race by close to six seconds ahead of reigning champion Jensen.

Jensen found himself under pressure from Alfa Romeo driver Jacob Mathiassen at the start of the race, but was able to keep ahead to finish second.

Peugeot 308TCR driver Elgaard finished fourth, just below eight tenths of a second behind Mathiassen while Michael Markussen rounded off the top five.

The second race saw Michael Carlsen starting from pole position and headed the field for the first part of the race.

But the joy was short lived as he was given a penalty lane round for jumping the start.

This handed the lead to Kristian Sætheren of Insight Racing for a short period of time before Elgaard, who had charged from seventh on the grid, made a decisive move at Turn 1 to claim the lead and win by close to six seconds over Sætheren.

Jensen finished third for Massive Motorsport ahead of Markussen in fourth and Gustav Birch in fifth.

Elgaard started from pole in the third and final race and claimed the lead.

Cupra driver Sylvest started third and made his way past Jensen for second on the first lap with some contact.

Sylvest then set his sights on Peugeot driver Elgaard, claiming the lead on lap three.

The move left Elgaard to defend from Jensen and the two were close throughout the race.

Markussen and Birch rounded off the top five.

Jensen heads the standings on 203 points, Elgaard is second on 200 and Sylvest is third on 173.

The next TCR Denmark round takes place at the Classic Race Aarhus on September 18-19.