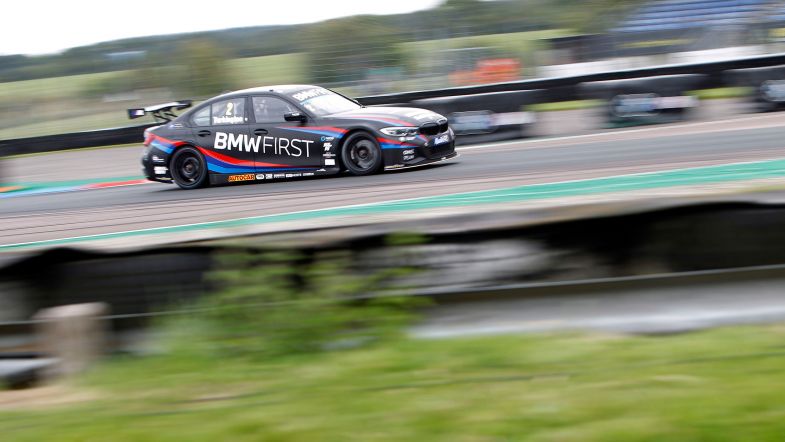 Colin Turkington insisted he was pleased to leave Thruxton carrying less success ballast in the race for the BTCC title, despite that being as a result of slipping to fifth in the championship standings.

The WSR driver held third place going into the weekend but was therefore forced to run with 57kg of success ballast in qualifying and race one, which resulted in him finishing up down in P12.

Once the weight was removed from the car for race two, Turkington managed to fight his way up to sixth spot and then took second behind Adam Morgan in the reverse grid finale for his fifth podium of the campaign.

Strong weekends for both Josh Cook and Jake Hill however saw them move ahead of Turkington in the standings by a handful of points, but that means he will go to Croft next time out with only 39kg of additional ballast at a venue where he has won more than any other driver.

“I’m pleased with the points scored this weekend, especially when you consider I qualified ninth,” he said. “We almost did the weekend in reverse to how we like it. Race one was most difficult with the weight, but in race two and three, the car came alive.

“Thruxton is always more challenging for our cars and it takes longer to get the hard tyre working, so to score over 30 points, after arriving with 57kgs, that was a great result.

“I’ve lost a couple of places in the championship, but the points are really close, and I’m so much happier going to Croft with only 39kgs! I’m only a handful of points from the guys ahead, but being lighter than them will make a big difference in our potential and expectations for qualifying.

“It’s another important opportunity for me to capitalise on, and I’m super keen to crack on and begin to pull in the top spot.”