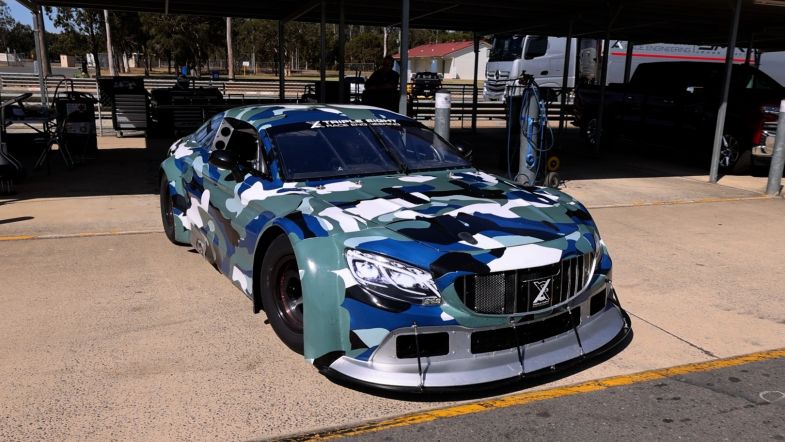 The Supercars Championship organisation has released a video of the new Gen3 specification V8 engine prototype during testing.

The General Motors V8 engine, developed by KRE Race Engines, is fitted in a Mercedes-AMG C63-bodied TA2 car and testing has been done by Triple Eight Race Engineering, with Shane van Gisbergen behind the wheel.

“Everything needs a freshen-up,” said category head of motorsport Adrian Burgess to supercars.com.

“We need to improve what we’re doing and make the sport more sustainable for teams. The requirement for this engine is to do double the life of the current engine.”

The new Gen3 cars will have less downforce and less power compared to the current generation cars in order to improve racing and lower costs.

But according to Burgess, this will not mean lower top speeds.

“There’s no requirement for 650 horsepower. We can bring the engine down to the high 500s or 600 and still be as quick,” said Burgess.

“When we’re looking at removing the amount of downforce and drag that we will remove, equally when you do the maths, you don’t need as much horsepower to achieve the same speed at the end of Conrod Straight, for example.

“Taking 50 to 60 horsepower out of the engine allows us to go with a slightly different architecture, it allows us to push the engines for longer in its service life and interval life. With a 600-horsepower engine, we’re targeting a 10,000-kilometre life before it needs a full rebuild.”

The Ford teams will have engines built by Mostech Race Engines.

Turn up the volume and tell us what you think of the Gen3 Camaro engine! #RepcoSC pic.twitter.com/ihfSwiGKQH