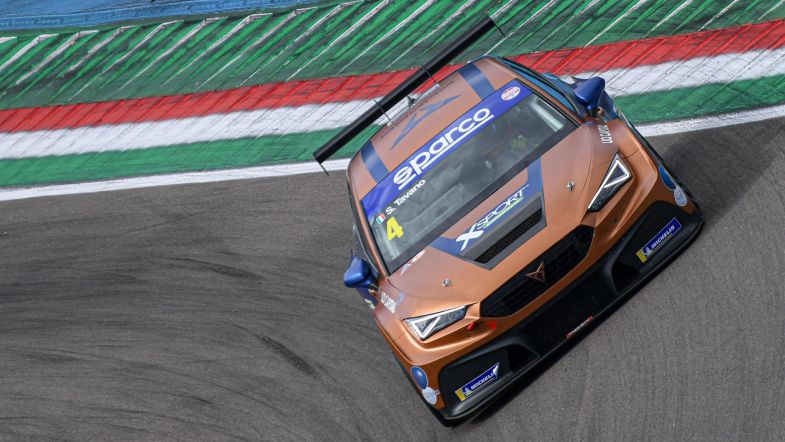 Michele Imberti, driving Cupra Leon Competición from Scuderia del Girasole, qualified in fourth place, 0.441 seconds behind his team-mate, despite having a lap time deleted for exceeding the track limits.

Kevin Ceccon could only manage to qualify in seventh place at the wheel of the Hyundai i30 N TCR from Aggressive Team, with Matteo Poloni securing eighth place.

Eric Brigliadori of BF Motorsport, who sustained heavy damage during the last round at Imola, only completed one flying lap at the end of the session, qualifying in 20th place for both races.

The start of Race 1 is scheduled for 17:00 CEST on Saturday afternoon.