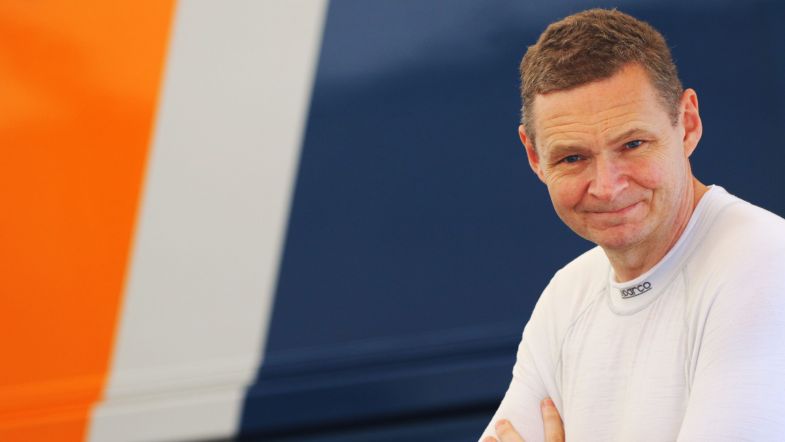 Nick Halstead to deputise for Rick Parfitt at Croft

Sportcar racer Nick Halstead will make his debut in the BTCC at Croft after being called up by the EXCELR8 with TradePriceCars.com team for the seventh round of the season.

Halstead will take over from Rick Parfitt for the weekend after he was advised by medics to rest an ongoing issue with his back.

The 49-year-old has competed in a range of different championships since making his racing debut back in 2017, and is competing this year in both the Ginetta GT4 Supercup and the British GT Championship.

“Since I started racing in 2017, competing in the British Touring Car Championship has been an ambition, and that only grew once I was on the TOCA package in the Ginetta Supercup and I could really get a sense of the scale of the series and the passion of the fans,” he said.

“I’m thrilled to be able to tick that box at Croft thanks to EXCELR8 Motorsport, Rick and Ascential. Although most of my racing has been in rear-wheel-drive GT cars, I’ve been competitive in front-wheel-drive racing before and I’m excited to experience the UK’s top touring car series in the Hyundai.”

Parfitt himself plans to then return to the wheel of his Hyundai i30 Fastback N for round eight of the campaign at Silverstone later this month.

“Since Knockhill, my back has been getting worse and although I was able to compete at Thruxton, I’ve been advised by my doctor that the best course of action is to rest it,” he said. “I’m gutted to miss Croft as it’s a circuit I have never competed at before, but I’m excited that Nick – who is a good friend – is able to come in and take my place.

“Although it is hugely disappointing for me on a personal level, at the same time it’s fantastic that Nick can now fulfil a dream he has to compete in the BTCC. I’ll be rocking on all cylinders when we go to Silverstone.”