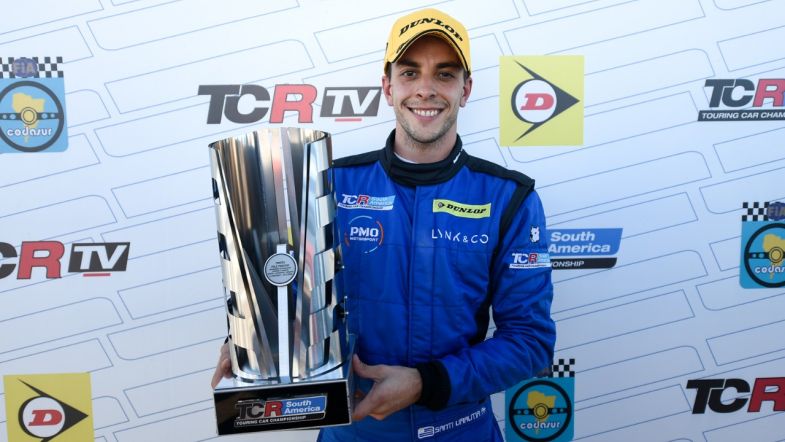 Guest driver Santiago Urrutia beat points leader Pepe Oriola to pole for the latest round of the TCR South America season after topping the times in qualifying at the Autódromo Eduardo P. Cabrera.

Spaniard Oriola holds a seven point lead in the standings going into the weekend ahead of Rodrigo Baptista and would prove to be the man to beat in the first stages of qualifying for Sunday’s races.

Urrutia had looked set to top the times for PMO Motorsport and the Lynk & Co on the team’s first outing in the series as he topped the times heading into the closing stages of Q1, but Oriola had other ideas.

A storming lap in his Honda Civic Type R would see Oriola go more than three-quarters of a second quicker to grab top spot ahead of Urrutia, with Fabricio Larratea and Rodrigo Aramendia – two former Superturismos national champions – following behind.

The tables were turned in Q2 as Urrutia led the way ahead of Oriola with a lap time quicker than the Spaniard had managed in Q1, with Cyro Fontes going third fastest in his Honda.

Aramendia and Ayrton Chorne rounded out the top five to make it through to the final part of the session, where each driver went out alone on track to set their best time.

Running in reverse order, Chrone was the first to put a lap on the board but Aramendia went fastest immediately to secure provisional pole.

Fontes was unable to beat Aramanedia on his flying lap but Oriola lowered the bar with the fastest lap seen so far to go eight tenths of a second quicker in the Honda.

However, Urrutia would go faster still and snared top spot by a quarter of a second to grab pole for the second race on Sunday.

Having gone tenth quickest in Q2, Adalberto Baptista will start race one from pole whilst Rodrigo Baptista – second to Oriola in the standings – will start from the back of the grid for both races after taking no part in qualifying.