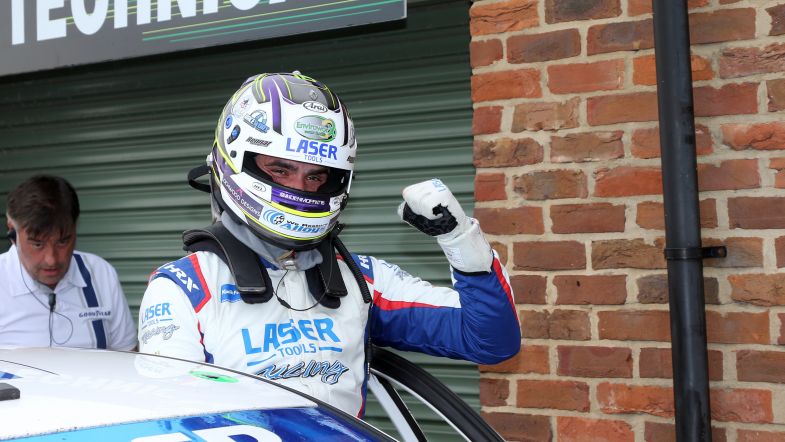 Aiden Moffat admitted he was delighted after securing a maiden pole position in the BTCC at Croft.

The Laser Tools Racing driver had twice qualified on the front row during his time in the Mercedes A Class, and hadn’t been tipped to fight for pole in his Infiniti Q50 after front-wheel drive cars led the way in free practice.

Come qualifying however, the rear-wheel drive runners showed much improved pace, with the Scot leaving it late in the session before he was able to jump ahead of Colin Turkington into provisional pole.

Despite the best efforts of Jake Hill, Moffat snared top spot by just 0.040s to leave him leading the way going into race day.

“It’s only taken six or seven years!” he said. “The car felt fantastic all day and we know it’s a good car from what Ash has been doing all season, We didn’t really change it much today and I just focused on my driving as this is a very technical track, and although I was confident we’d be quick, didn’t expect to get pole.

“I think the difference was that the front wheel drive cars ran new rubber in FP2, whereas we ran on old tyres until our first run in qualifying so only saw where we really stood then.

“To have two cars in the top ten is great and I’m confident that we’ll have a strong car on race day no matter what the weather throws at us.”