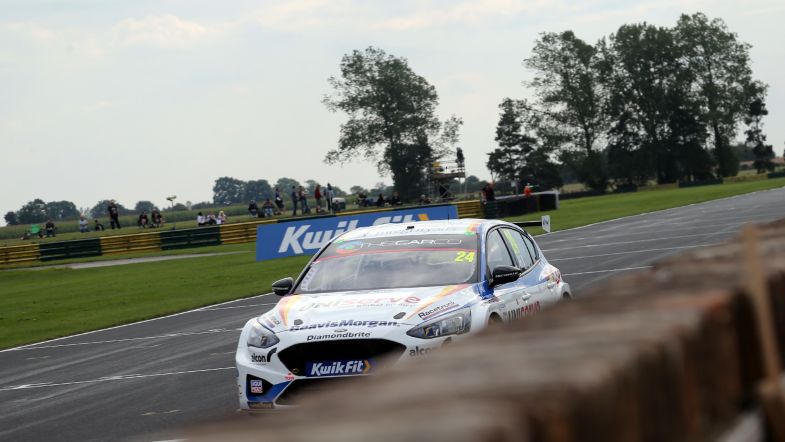 Jake Hill insists he will try to replicate his results of twelve months ago at Croft after continuing his impressive qualifying form in the 2021 British Touring Car Championship.

The MB Motorsport driver secured a front-row start for the second year in a row at the North Yorkshire circuit as he was edged out of pole by Aiden Moffat.

Last season, Hill converted a P2 start into two podiums in his Honda Civic Type R, and will now hope to at least match that as he chases a first win since switching to the Ford Focus over the winter.

“I’m thrilled as it’s another good result for us,” he said, “and being on the front row for a second meeting in a row is great. I feel we did a really good job as a team today and I’m driving well myself, which leaves me confident of some strong results.

“We’ve been able to stick it near the front despite having weight onboard and it’s going to be an interesting race day with questions about what the weather will do.

“I went well from P2 on the grid last year so hopefully history will repeat itself and we can fight for some trophies again.”