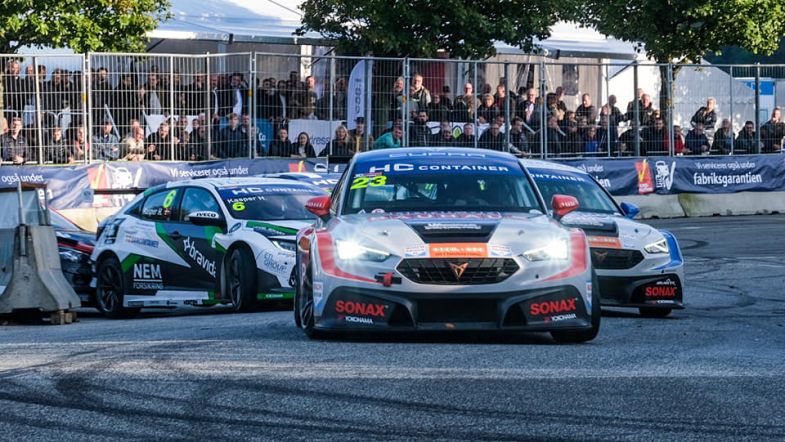 Jan Magnussen dominated the first TCR Denmark race of the weekend at the Aarhus street circuit, heading the field from lights to flag from pole position.

Disaster struck early for Magnussen’s LM Racing team-mate Nicolai Sylvest who started second but had to pit due to a puncture and lost a lap on the leaders.

There was action behind Magnussen as Peugeot driver Casper Elgaard and Honda driver Kasper Jensen made contact in the fight for second place.

Jensen came out on top from the fight while Elgaard was passed by Peugeot colleague Michael Markussen.

Magnussen won the race by close to ten seconds over points leader Jensen, with Markussen completing the podium.

Alfa Romeo Giulietta TCR driver Jacob Mathiassen, who started sixth, was forced to retire from the race due to a technical issue.

Jensen still heads the standings on 223 points, Elgaard is second on 213 and Markussen is third on 178 points.

The second race of the weekend starts at 11:20 CEST tomorrow.