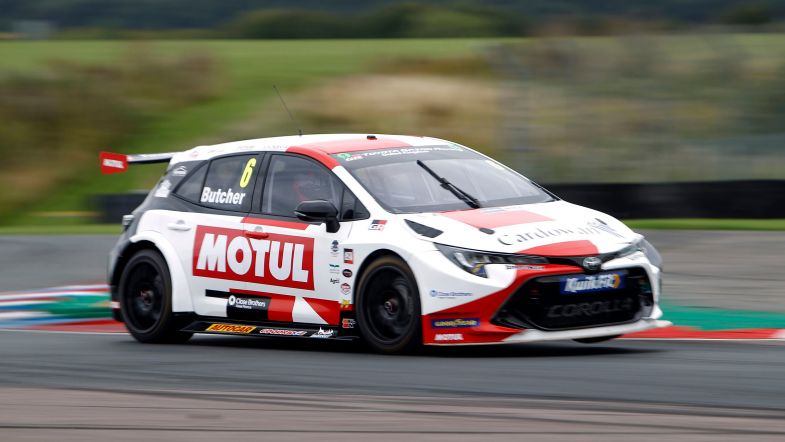 Rory Butcher emerged with the quickest time in his Toyota Corolla as the BTCC field hit the track at Croft for the first time this weekend for the opening 40 minute practice session.

The Speedworks driver left it late in the session to make his move to the top of the standings with a lap of 1:22.275 in the closing seconds allowing him to move ahead of Gordon Shedden, with the Team Dynamics driver having been the man to beat for a large part of proceedings.

Shedden would ultimately end up 0.128s behind in second spot, with Senna Proctor in third in his BTC Racing-run Civic Type R – the leading three drivers all running relatively low amounts of success ballast.

The first of the ‘heavier’ runners slotted into fourth spot, with Jake Hill lapping strongly throughout in his MB Motorsport-run Ford Focus.

Hill did spent a five minute period on top of the times before improvements elsewhere knocked him back down the order, with Sam Smelt producing his best performance of the year by far in the second Toyota to go fifth fastest.

Suggesting that a tight weekend lies ahead, the leading 13 cars were within half a second of the fastest time, with exactly one second covering the top 24.