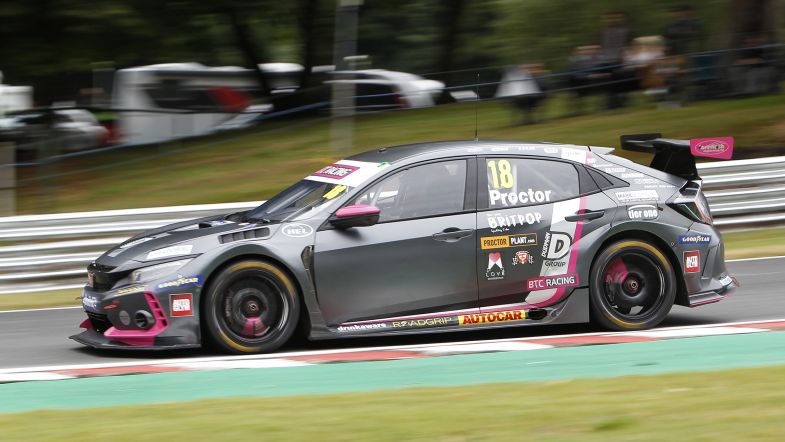 Senna Proctor posted the fastest time in second practice as front-wheel drive cars continued to hold the edge at Croft ahead of the latest rounds of the BTCC season.

The BTC Racing driver posted a best time of 1:22.252s during the 40 minute session to edge out the similar Honda Civic Type R of Gordon Shedden at the top of the times, with the pair split by just 0.025s when the chequered flag flew.

Proctor’s fastest lap came in the final ten minutes of the session as he moved ahead of FP1 pace-setter Rory Butcher, with the Toyota driver ultimately slipping back to third; a tenth of a second off the pace.

Chris Smiley moved up the order from FP1 to sit fourth in his Hyundai ahead of Dan Rowbottom and Josh Cook as four Hondas finished inside the top six, with Stephen Jelley this time upholding rear-wheel drive honours in his BMW in seventh spot.

Colin Turkington and Tom Ingram would both suffer with the weight on their cars to finish 16th and 22nd, with Ingram the final driver to lap within a second of the fastest time.

Tom Oliphant’s session would end early as a result of suspension failure when he put a wheel off the track, with the BMW ending up just behind Turkington in 17th spot.